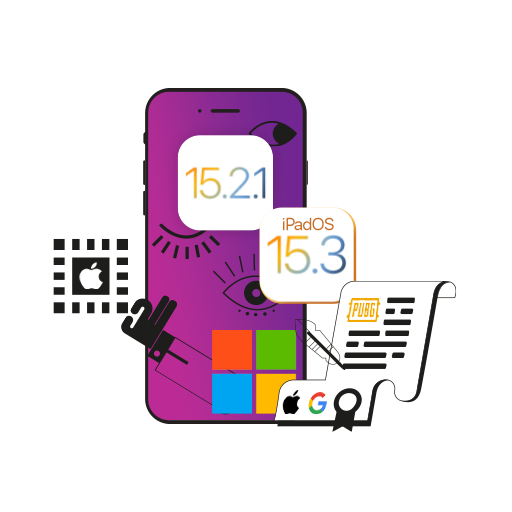 Out of the loop on last week’s news? No biggie, we’ve got your back! Keep up with everything Apple through our weekly Applesutra wrap-ups, posted every Monday, here to help you catch up to all the latest Apple news and updates.

Without any further ado, here’s everything you need to know about Apple last week.

Last week saw the release of the iOS 15.2.1 update, bringing only bug fixes for Messages, CarPlay, and HomeKit. The update fixes bugs where Messages could not load photos sent using iCloud links, and some third-party CarPlay apps that were not responding to input. It also patches a HomeKit vulnerability that could cause a denial of service and lead to repeated iPhone or iPad crashes.

Apple has released both public and developer betas for iOS & iPadOS 15.3, watchOS 8.4, and tvOS 15.3. Unfortunately, Universal Control is still nowhere to be found. The updates only contain minor updates and bug fixes.

For a while, Apple allowed users to enjoy security patches and bug fixes without upgrading to iOS 15. However, it looks like Apple’s back to forcing users to upgrade to the latest iOS for security updates and patches. According to 9to5Mac, users on iOS 14.8 can no longer update to iOS 14.8.1 and are only shown the iOS 15.2.1 update.

Microsoft might just be planning on coming up with their own “M” (for Microsoft, geddit?) chips soon! According to a report by Bloomberg, key semiconductor engineer Mike Filippo has joined Microsoft after two years at Apple. Previously, Filippo had worked at Intel and Arm.

Recently, PUBG developer Krafton Inc took Garena, a developer of various ‘Free Fire’ games that they allege rip off PUBG elements. The company is also taking Apple and Google to court for not taking down PUBG rip-offs or taking any action against the developer.

What are we looking at in the future? Here’s some recent leaks and rumours to get you going.

Never miss a story. Subscribe to Applesutra to get all the latest Apple news and updates right into your inbox.