How iPhone 7 is Just Like a Salman Khan Movie!

iPhone 7 is not set to be released for another two months, but it has already started causing ripples in the industry. Not only are consumers waiting in anticipation for the new phone to hit the market, it looks like rival companies are taking adequate steps to brace themselves for the impact.

In a recent post, DigiTimes has reported that Android phone manufacturers have started to slow down their orders for the chips used in their phones. This clearly indicates that the number of phones being produced over the next couple of months is going to fall. Do we sense a  bit of reluctance among companies to compete with the iPhone 7 that’s going to hit the market in a few months?

“Several […] Android phone vendors have adopted a wait-and-see attitude toward the purchases of ICs [integrated chips] as they intend to avoid clashing head-on with Apple‘s next-generation iPhone slated for launch in September”, said DigiTimes.

We’d do well to note that DigiTimes is not the best predictor of Apple trends. However, this reports makes sense to us because we see something similar happen in our country every year.

Don’t tell me the phenomenon doesn’t look familiar to you. This is exactly what Indian film-makers do around Eid each year when they know that a Bhai ki movie is going to be released. They push their release dates to a few weeks after Eid until all the Bhaitards have had their fill and are too tired to move, reeling in their Bhaigasams. 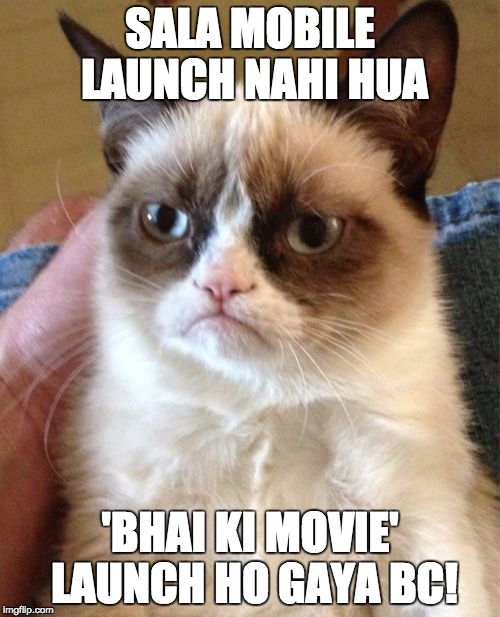 If you pay attention, the Apple fanbase and the Bhai fanbase are similar in this regard: No matter what their idol makes, they will stand by it loyally, support it wholeheartedly, and raise insurmountable amounts of money in sales!

With Sultan all set to break box-office records (once again), we know that the iPhone 7 will create a similar history in terms of sales figures. What we are worried about is if it (the phone, not the movie) will live up to the hype. And given that we might not get to see an iPhone 7s next year, we’d expect all the features of the ‘s’ variant also rolled into this one.

You’d better deliver on this one, Apple. We have high hopes from iPhone 7 so you’d better not let us down!