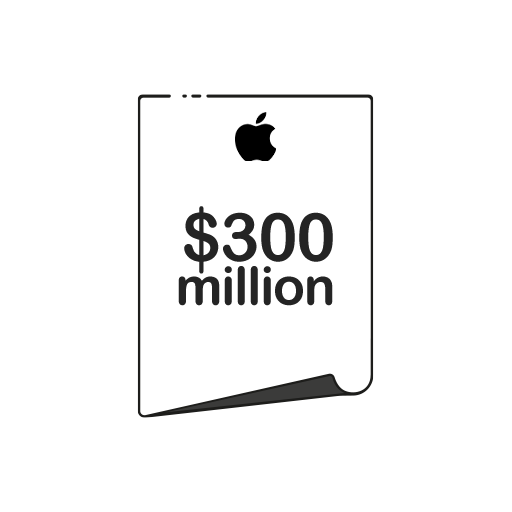 Apple Will Have To Shell Out $300 Million After Patent Verdict

In a trial that lasted four days in an East Texas court, the jury decided to favour Optis Wireless Technology over Apple. The IP management company had claimed that Apple had used their wireless technology iPhones and other LTE-enabled devices. The court has asked Apple to pay $300 million after the patent verdict.

In the same case last year, the tech giant had been ordered to pay $506 million in damages. However, as reported by MacRumors, Apple said, “Optis makes no products, and their sole purpose is to sue companies using patents they accumulate.” Post last year’s verdict, Apple had requested a retrial.

Still, in the second trial, Apple was unsuccessful in convincing the jury, and the trial ended in favour of Optis. Judges in the US handle patent claims using FRAND: Fair, Reasonable, and Non-Discriminatory terms. So, it seems there might be some weight to Optis’ claims on FRAND terms.

And it’s not over yet. Billions are still at stake for the Cupertino company. The wireless technology company has urged the UK court to ask Apple for 7 billion dollars in global royalty rate. The IP management company claims that Apple must pay for their infringement in global royalties.

For information purposes, the patented LTE technology used by Apple has to be installed in smartphones and tablets to enable wireless technology. Without it, users will not be able to connect to LTE services that are now available globally. What do you think about this $300 million patent verdict?