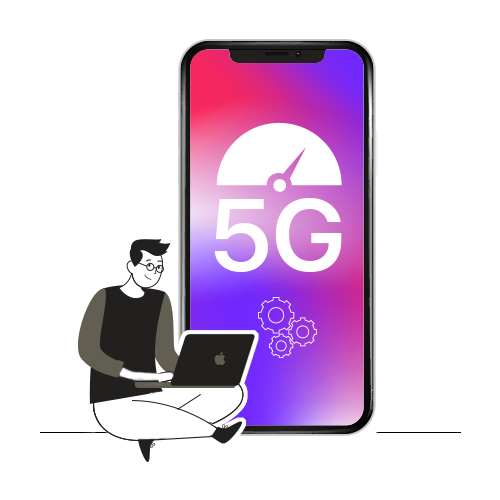 5G Comes Early to (Some) iPhones in India

I was thrilled to learn that Delhi was among the handful of Indian cities getting the first taste of 5G services. It’s a privilege living in a capital city after all. We might be breathing in atrociously abysmal air but we get to track AQI levels at sonic speeds.

However, my excitement was short lived as both Apple India and the telecom companies (Airtel & Jio) announced that iPhones in India will need a software update to run 5G services, which will be released in December this year. So, despite having a 5G iPhone and 5G services enabled in the area, we have to wait 2 months to see 5G in action. That’s just too much of a tease, Apple!

Thankfully, we have an interim solution now.

Apple has released the second beta for iOS 16.2 and it enables 5G support for iPhones in India. In other words, the software update that was scheduled for December has landed a month early.

Since it’s a beta release, it’s not available to everyone.

Okay okay, I know I am making no sense. Let me try again and explain it better this time.

Anyone who has a 5G-enabled iPhone (iPhone 12 series or later) and resides in any of the eight 5G launch cities (Delhi, Mumbai, Chennai, Bengaluru, Hyderabad, Siliguri, Nagpur or Varanasi) can sign up for iOS Public Beta (here’s how) and get the latest iOS 16.2 software. It will enable 5G on your iPhone.

If you don’t sign up for Public Beta, you’ll be getting the iOS 16.2 as a regular software update in December.

Now the big question, how good is 5G? Is it worth going through the beta signup process?