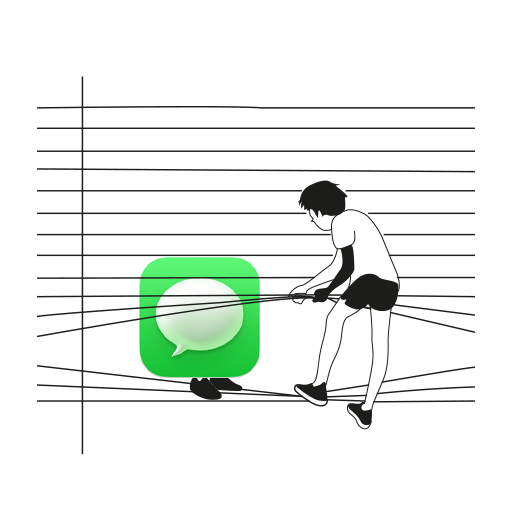 Apple’s iMessage Is Apparently Safe from 2021 IT Rules, Being Exclusive to Apple Users

If you’ve been following the news lately, you’ll know all about how various social media and messaging platforms have been reacting to the government’s new IT Rules. On May 26, the Ministry of Electronics and Information Technology (MeitY) wrote to all the platforms it deemed “significant social media intermediaries”—and Apple’s iMessage had been one of them. Now, the Indian government has reportedly withdrawn the letter to Apple. Why, you may ask? Apparently iMessage does not fall under the category of a “social media intermediary”.

What Is a Social Media Intermediary?

The rules define a social media intermediary as a platform that “primarily or solely enables online interaction between two or more users and allows them to create, upload, share, disseminate, modify or access information using its services.”

As an example, Facebook, Twitter, WhatsApp, Instagram, and Telegram are some of the popular social media intermediaries in India. For all purposes, iMessages should have been one too, but it seems like Apple has convinced the government otherwise. However, there’s been no official word from Apple or the IT Ministry regarding the matter.

“Unlike other messaging apps like, say, WhatsApp, can anyone download iMessage on their phone and use it? If that logic is to be applied, even food delivery platforms, and especially gaming platforms provide an option of chatting with other gamers,” a government official told The Indian Express. “Should they also be considered a social media intermediary then? The answer is no.”

What Does This All Mean?

For now, it looks like iMessage will not need to comply with the new IT rules. These would’ve required Apple to appoint for roles such as a chief compliance officer and resident grievance officer as well as publish a monthly compliance report detailing complaints and actions taken.

However, the same report cites industry sources sceptical of whether Apple’s iMessage will be completely exempt from the rules. After all, iMessage is still one of the major messaging apps, with more than 25 million active users in India. There’s also the question of whether Apple will still need to comply with the rule related to identifying the first originator of a message.

“If a law enforcement order which seeks details of a certain message is given to them tomorrow, can they deny saying that they do not fall under the purview of the new IT Rules?” an industry executive reportedly said, concluding with a dubious “I do not think so.”

Well, we, personally, wouldn’t be so sure. Apple’s proven surprisingly protective of its users’ privacy over the years, even refusing to unlock an iPhone for the FBI. Still, it’s an interesting development to say the least. We’ll just have to wait and watch to see how this all turns out.

Till then, tell us what you think! Hit us up in the comments section.