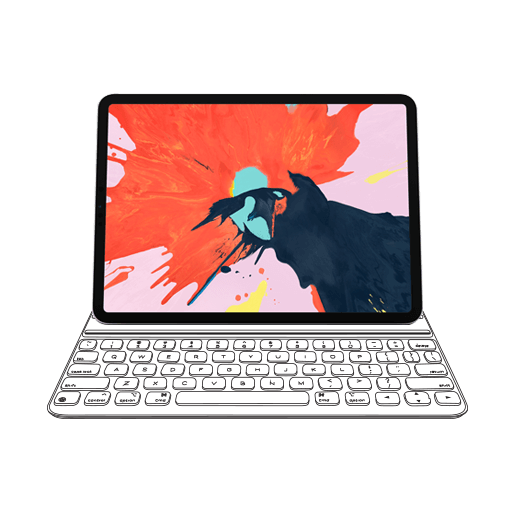 Get Ready for Apple’s 2020 Smart Keyboard for iPads

Apple iPad users might just have won again, because this rumour about a new accessory for the iPad and iPad Pro is probably going to make your day. If you’ve used and loved Apple’s Smart Keyboards, we have good news for you because there’s a possibility that the company’s releasing a new Smart Keyboard Folio that’s promising to be even better.

According to a report by The Information, Apple’s likely to release a Smart Keyboard Folio alongside its iPad Pro this year, and it’ll feature a trackpad among its features. So what can we look forward to with this new release?

Although typing is already quite smooth on current iPad keyboards with the butterfly mechanism, we’re hoping that they’ll upgrade it to the scissor-switch “magic keyboard” that’s already available in the 16-inch MacBook Pro. The longer travel time makes these keyboards a dream to type on, so we’re excited that it’s quite likely we’ll see them in iPad keyboards this year.

Apple might have heard our prayers of wanting to be able to type on our iPads at night without having to switch to the touchscreen keyboard. Rumours say that the new Smart Keyboards feature “glowing” keys, which we’re assuming means that we’re finally getting that backlit keyboard we’ve always wanted. At least we hope so!

Finally, let’s come to a feature we’re especially excited about: a trackpad. Yup! The line between a MacBook and an iPad might blur even further this year, as we’ve heard that Apple’s working on adding a trackpad to its Smart Keyboards. We don’t know what it might look like, and nothing has been confirmed as of yet, but we can’t help but get our hopes up.

There’s no saying when we’ll exactly get to know for sure about this release, but we’re speculating that Apple may hold an event at the end of March where this keyboard, along with the 2020 iPad Pro, might be revealed. Don’t worry, we’ll keep you updated!