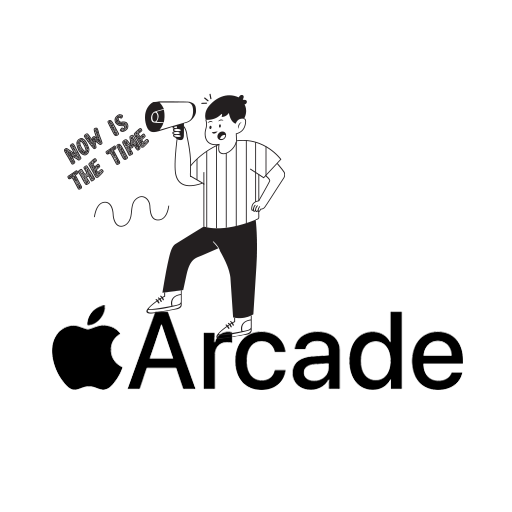 It’s only been about 3 days since I’ve been cooped up at home and, to be completely honest with you, I’m sort of going crazy. The only things that are keeping me sane are work, books, and games. And if you’re a gaming lover, it’s a great time to be an Apple user!

Usually I don’t like games for the simple fact that the good ones are either expensive or require in-app purchases later in the game. But Apple’s new gaming subscription platform has made everything so much easier. Now, I spend most of my free time distracting myself from worldly problems with Apple Arcade games—all for just ₹99 per month … and no additional charges!

If you’re in a similar situation and would like to know my secrets to surviving the coronavirus outbreak, here are four Apple Arcade games that have kept me hanging in there during the last few days:

Call me simple, but this game is really pretty calming and will help you forget everything that’s happening in the world at least for a little while. It’s a puzzle game that teaches you all about the small joys in life, because I’ve never felt more accomplished than I do after putting all the correct pieces in the right places. Plus, the little hidden animations that pop up after you’ve cleared a level are really cute.

This game combines all the things I love so much: colourful animations, fantasy creatures, and card games. It’s a card game, but it’s also so much more because you get to fight monsters, cast spells, and use weird weapons to save the world. Well, it might not be as dangerous as that, but it’s a compelling game that will make you wonder where the time went after you’ve already spent the past couple of hours playing.

If you love roleplay games, this will be right along your alley. Here, you can dive into a supernatural world that’s quite like ours, in the sense that the gossip’s always flowing and you get to meet a lot of weird characters. I mean, it’s practically perfect for us right now since we’re all looking for ways to escape our own world for a while. Helping a fictional character navigate their mutant world drama is better than dealing with real life, I suppose.

Spyder came out just yesterday, and I might be a tad bit obsessed. The spider robot agent is adorable and the game itself is addictive. You get to use tiny gadgets and your genius brain power to thwart evil plans and carry out your missions. It kind of took me back to that little robot from Spy Kids… Am I the only one who sees the resemblance? Anyhoo, I might have spent a really unreasonable amount of time playing it yesterday, which would’ve been a problem had I not been stuck at home anyway.

Wanna try these out yourself? You can subscribe right now to get a one-month free trial, after which you’ll be so addicted (like I am) that the ₹99 per month would feel like nothing for your daily dose of Crossy Road Castle! And if you care about me not going insane (who’s going to write these articles for you when I’m gone?), please make sure to recommend your favourite games for me to try out. Now excuse me while I go back to puzzling out soothing patterns.