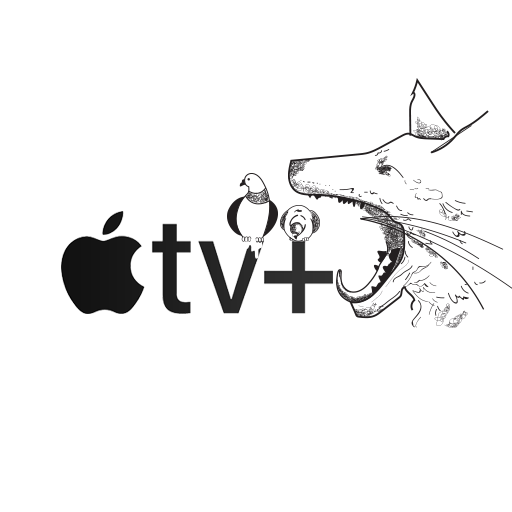 Ho ho ho … Santa came early this year, and by Santa, I mean me! I did a little bit of a deep dive into all the upcoming Apple TV+ shows and movies (you’re welcome). Take a look at all the gems I found:

Central Park is an animated musical comedy (yep, you read that right) from creator Loren Bouchard that has already been greenlit for two seasons. In the series, a family of caretakers who live and work in Central Park end up saving the park and the world! Bouchard has already snared major talents like Kristen Bell, Josh Gad, and Tituss Burgess so hopefully you like musical comedy, and puns. I know I do!

A sci-fi series based on the book trilogy of the same name by Isaac Asimov, Foundation follows psychohistory expert and mathematical genius, Hari Seldon who also happens to be able to predict the future. Ahead of the impending fall of the Galactic Empire, Seldon creates a group called the Foundation to preserve humanity’s collective knowledge. As a sci-fi enthusiast myself, I gotta say I’m very excited about this series. Fingers crossed they don’t mess it up!

Based on a 1980s fantasy movie by the same name, Time Bandits is a – you guessed it – time-travelling adventure comedy. It follows an imaginative 11-year old boy who gets sucked into a fantastical adventure with a band of thieving dwarves during the Napoleonic Wars in Italy. In it, they hop across history using a magical map to steal treasures, all while fighting off the ‘supreme being’ from whom they’ve stolen the map. The show is set to be written and directed by Taika Waititi, so it’s safe to say my expectations are astronomical.

If you love a good horror mystery, Calls is for you. Playing around with an unusual form of story-telling, Calls is a short-form series that will recount stories of impending disasters through audio snippets taken from real-life, such as a 911 call, an aeroplane black box, or a voicemail, with minimal use of visuals. Apple is adapting the show from the French original of the same name created by Timothée Hochet and will even bring the original to its platform.

The custom of the Country

Custom of the Country is an adaptation (yep, another one) of Edith Wharton’s 1913 novel of the same name. The limited TV series is being created by director Sofia Coppola and will follow a midwestern girl, Undine Spragg, as she attempts to ascend in New York City society. In the novel, Undine endlessly strives for the lavish lifestyle she’s always dreamed of, not caring who she ruins in the process.

Another thriller that has made it to our list is Snow Blind, a film adaptation of the graphic novel. It tells the story of Teddy, a high school teenager who’s life in a sleepy Alaskan suburb is upended when he posts a photo of his dad online, only to find out that he and his family are in a Witness Protection Program. Soon a man looking for revenge visits their town followed by pursuing FBI agents.

Losing Earth covers the ten years from 1979 to 1989 when “humanity settled the science of climate change and came surprisingly close to finding a solution” but ultimately failed to put it into motion due to various political forces. The series is based on a New York Times Magazine feature, “Losing Earth: The Decade We Almost Stopped Climate Change” by Nathaniel Rich, who will also be executive producer of the show.

A miniseries produced by J.J. Abrams and based on Stephen King’s 2006 novel of the same name, Lisey’s Story is a psychological horror tinged with romance. The series is split between Lisey’s life in the present and her dead novelist husband’s life as she remembers it. In the book, Lisey begins to remember things that she had suppressed about her husband as she is terrorized by a former fan of her husband’s in the present.

Killers of the Flower Moon

Finally, what would a list about TV shows and movies be if I didn’t throw in some old Hollywood blood in there? A high-profile movie starring Robert De Niro and Leonardo DiCaprio (Love me some Leo), Killers of the Flower Moon is based on David Grann’s third non-fiction book of the same name. Director Martin Scorcese will bring the story of Osage Nation, where Native Americans were murdered one by one in 1920s Oklahoma, to life. It recounts how the FBI unravelled one of the most monstrous crimes in American history.

And that concludes our list this time around. If you want to look at more Apple TV+ show suggestions, check out this list. If you’re still not satisfied after that, talk to me in the comments below, and I’ll whip up another list just for you!