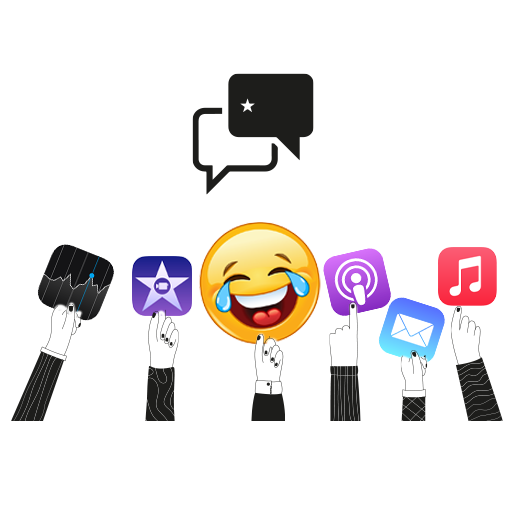 A few days ago, Apple bravely allowed App store users to review and rate some of their in-house apps that weren’t open to public opinion before. And as you might have guessed, this led to ages of pent up frustration being released like a burning saucepan spills milk from all its quarters. We collected some of the most hilarious reviews amongst all of Apple’s native apps just because, and thought you’d like to have a look.

For a shubh shuruaat, we have das42k with a decent take on iMovie:

Other users, Darby B and MattyCass give us a lesson in the crispness of the written word.

When you’re having a slow day at work or school, take strength from the debacle of an app called iMovies. If Apple, a multi-trillion dollar company, can be so consistently bad at something, surely you, too, can lag behind once in a while at your personal or professional endeavours.

The Podcast App has been rated as one of the worst ever attempts at an app by Apple’s team of developers. Podcasts has a rating of 1.5 stars. That’s lower than the average ratings for the Sallu Bhai-starrer Radhe, which was so bad that it became unimportant faster than an iPhone goes out of date. Here’s what the public has to say.

A few words say a lot:

And a solution to end all of Apple’s problems with Podcasts.

Okay, enough with the Apple bashing, let us now move on to some weird App Store reviews by users of the Stocks App. Apparently, poor personal financial decisions or damning international trade trends can all be pinned on Apple. Good to know!

Check out these Stocks epitaphs.

And then there’s this:

A pain in the what?

User PokémonFanBrayden gets the props for the most creativity.

All that Apple’s Mail App has ever given users is a strong, pressing cause for wonder. Mail makes you wonder as to why it even exists. Meanwhile, see GreyAsteroid strike again.

While The Good Somaratin is UNFORGIVING!  To someone. I’m pretty sure they have the wrong app.

Apple Music: Finally Something Good. Or Is It?

Now we have a personal favourite of mine: Apple Music. Honestly, it does the job for me. Apple Music has an excellent library, fine enough UI, nice recommendations, and useful features. I must admit that I’ve never really used other music streaming apps, however. And I wish no one else had either.

And here’s to reviews and usernames that leave little to the imagination.

Well, I, too, wish to add one of my own little app store reviews for Apple Music.

Wonderful Apple Music, your playlists are sweet, your stations a treat, and your interface is a thing to behold. Too bad for you that SoundCloud is (mostly) free, Tidal is rising, and Spotify is pure gold.