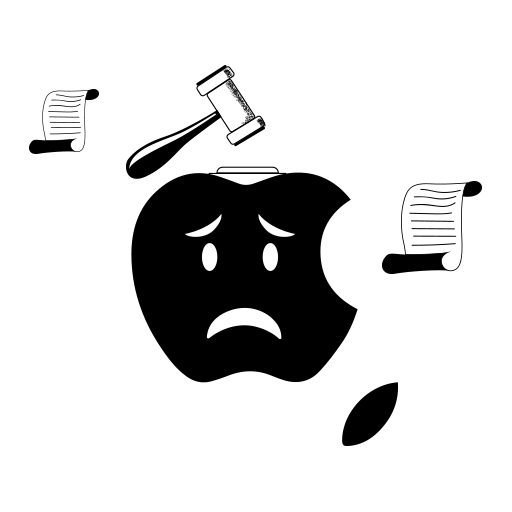 The War That’s Far From Over: A Timeline of Apple vs Epic Games

A series of tweets and a bold move gave rise to an epic battle between two mammoths: Apple vs Epic Games. Epic Games bypassed Apple’s App Store to offer in-app purchases. The viral sensational battle royale game Fortnite gave users the option to buy game credits by providing a payment gateway other than the App Store. This puts them in a position that directly violates Apple’s terms of service, which clearly state: All purchases should be made through the App Store. This led to Apple banning Fortnite from its App Store.

The Series of Events

On June 16th, 2020, amidst the ongoing pandemic, the virtual world looked cool and calm with work from home regimes having started as usual, alongside online classes. We have all adapted to the ‘Stay Home, Stay Safe’ routine, where streaming movies, scrolling through social media feeds, and multiplayer online games have become the only entertainment activities where we get to engage with friends.

On the same day, Tim Sweeney, the CEO of Epic Games, told the Washington Post, “The iOS App Store’s monopoly protects only Apple profit, not device security,” following a series of tweets from him quoting his Washington Post story. What started as a news story made waves among netizens trying to understand why the CEO of a successful gaming company that has enjoyed its presence on Apple’s devices for a long time has suddenly turned away from them.

22nd August, 2020, Sweeney’s tweet called out for allowing individual developers to install their own stores on iOS and Android platforms to give both first and third-party apps a level playing field by ensuring a competitive, healthy, and fair app economy. It was quite clear that Epic Games was looking to bypass purchases through Apple and Google by offering users a chance to choose a purchasing market of their preference.

The next day, Sweeney told CNBC that Apple had created an “absolute monopoly”, arguing that Apple has locked down and crippled the ecosystem by inventing an absolute monopoly on the distribution of software. He directly targeted the tech giant on the terms of service a developer has to undergo to meet Apple’s conditions.

Sweeney’s three tweets held Apple responsible for blocking competition. He said. “It pains me to complain about Apple in this way. Apple is one of the greatest companies that has ever existed, perhaps the greatest, but they are fundamentally wrong in blocking competition that holds up technological progress.” He further added, “The 30% store fee is a critical consideration. They come off the top, before funding any developer costs. As a result, Apple and Google make more profit from the developer’s games than the developer.”

On August 13th, Epic Games introduced a direct payment option bypassing the App Store while offering a 20 per cent discount. This move violated Apple’s in-app purchase terms and conditions, which clearly state all in-game purchase have to be through the Apple’s payment gateway. The same method went for Fortnite’s Android version, which oversteps Google’s terms as well.

This move was justified by Epic Games, saying Apple and Google’s 30 per cent cut on in-game purchases as “exorbitant”. Their justification was further added as saying real-life goods and services provider Uber is not required to use Apple’s payment gateway; hence, it should be implemented to buy game content as well. As the agreement was breached, Apple removed Fortnite from the App Store, and Google followed. Apple said that they had no other option other than banning the app.

To counter Apple’s move, the Fortnite maker filed a lawsuit against the Cupertino-based technology company. They described Apple as a “monopoly power” and accused them of anti-competitive actions, alleging that Apple has become what it once stood against. They ran an advertisement called “Nineteen-eighty Fortnite,” a parody of Apple’s “1984” promotion that portrayed IBM as the evil monopoly power. The Epic Games campaign encouraged Fortnite players to join the fight against the 30 per cent fee collected by Apple saying, “Don’t let 2020 become 1984” and they started an online trend using the hashtag #FreeFortnite on all social media platforms. After Google’s ban, they filed a similar anti-competitive lawsuit against them as well.

In a frequently asked question, Epic Games stated, “All consumers and developers should have the right to choose a payment option of their choice that charges less on any platform, be it iOS, macOS, Android, or Windows.” The Fortnite developer added, “Amazon Prime Video was allowed to receive payment options bypassing the App Store as a special standard, and the same opportunity should be given to others as well.” This move divided the app development industry. While most of them have maintained neutral silence, Spotify, a music streaming service, sided with Epic Games.

By the end of the day, reports surfaced online claiming Apple and Epic Games are going to have a special deal, which was clarified by Sweeney’s tweet as not being true and that their “fight for a free platform to do business between smartphone users and app developers will continue.”

On August 17th, Epic Games revealed that they received an official email saying Apple will terminate their Apple Developer Account by August 28th if they fail to resolve the issue according to their Licence Agreement. Apple further clarified that Epic Games has to include the new payment functionality for review to Apple’s App Review team. If they fail to comply, Fortnite developers can lose access to all Apple’s developer software. Without it, Epic Games cannot develop their future versions for iOS and macOS.

Apple said they “cannot make exceptions for Epic Games ahead of the guidelines set by Apple to protect iPhone and iPad customers.” Security and privacy have always been Apple’s most important aspect while developing iOS and macOS. According to them, any payment gateway apart from their own may increase the potential risk of infringement. The next day, Fortnite announced a new tournament called “#FreeFortnite Cup”, held on August 23rd across all platforms as one more victory royale to enjoy with friends.

As of now, a court ruling has granted a temporary restraining order that prevents Apple from terminating Epic Games’ App Developer Licence, and the court hasn’t put any pressure on Apple to put Fortnite back on the App Store. The court has decided to issue a final order somewhere in September.

What happens next is anyone’s guess. But the Apple vs Epic Games war is far from over.