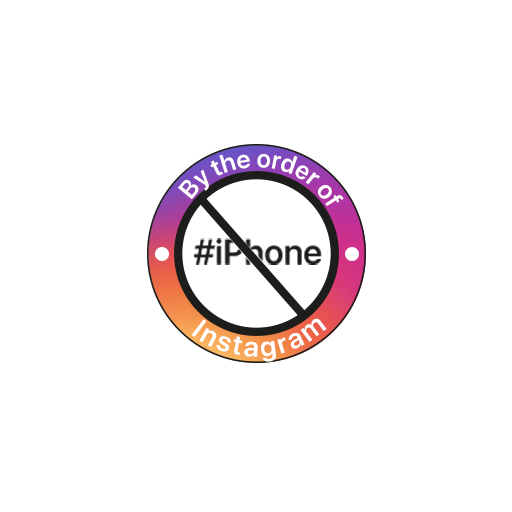 The Martyrdom of a Hashtag: #iPhone Doesn’t Exist on Instagram

Instagram banned hashtags are a real thing, people. Like me, you might not have noticed it before until someone pointed it out, but Instagram often hides hashtags for vague reasons. I came across several blogs that listed out banned Instagram hashtags in my research. And some of them just did not make sense at all — like the complete disappearance of #iPhone from the platform. Here’s what I found when I investigated the case.

The Official Statements Are Sometimes Murky

Instagram vaguely mentions that it ‘may’ remove posts that violate its community guidelines. Now, I understand disabling content that incites violence, promotes hate speech, or praises activities against the law. But #gunforfun, #bombing, #deaththreats, and #terrorism aren’t blocked out by the platform.

Instead, harmless hashtags like #alone, #brain, #elevator were apparently banned once. Even #MileyCyrus wasn’t spared from the list of Instagram’s banned hashtags. They were all temporary, of course. All of them are now up and running on Instagram.

But We Don’t Have Intel on What’s Classified

#Snapchat seems to be a permanently banned hashtag too — striking off the competitor, okay. But get this: #ilovemyinstagram is also forbidden. Quite like cutting one’s own throat, there, eh?

In the same way, the iPhone hashtag has been in the shadows for a long time. I’m afraid it seems to be one of those that Instagram has permanently banned. One of the oldest ‘reports’ on this dates back to 2013 but cites no definitive reason for the ban. Back then, the writer pointed out that while the iPhone hashtag was banned, #gunforsale wasn’t. Today, both these hashtags are unavailable.

In 2019, another source reported that Instagram disabled almost all iPhone hashtags, including #iPhone11 and #iPhone12. But while these hashtags were reinstated, #iPhone still faces the brunt of Instagram’s questionable community guidelines and practices.

The Deets Are a Tad Bit Sensitive

Here’s the deal with banned hashtags — use one, and your posts will start taking the hit for it. Heaven forbid if you add the banned #iPhone on one of your posts if you’re a tech page, the gods of Instagram’s algorithm will surely punish you. It will deprioritise your content or shadowban your account.

And you wouldn’t even know if your account has been shadowbanned unless a 4 am friend points it out to you. Yeah, Instagram won’t inform you of your supposed gaffe because, according to them, shadowbans are just a myth!

One theory is that this might be Apple’s own doing to protect Apple lovers from spam content and to prevent leaks from mushrooming. Or could this persisting ban perhaps have something to do with the infamous feud between Cook and Zuckerberg? Truth be told, there is no information open for the public eye that could explain what happened with #iPhone or why it’s still a banned hashtag on Instagram. Until we uncover the truth, all we can do is make sure to use #AppleiPhone and not #iPhone. How disappointing!