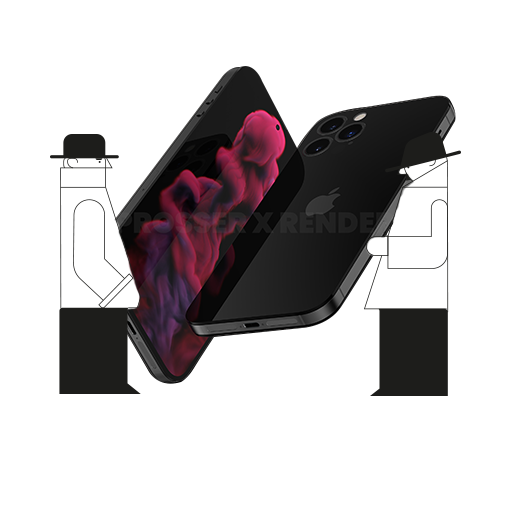 While we eagerly wait for Apple’s September 14 special event, infamous leaker Jon Prosser has the internet in a buzz with leaked renders of the 2022 iPhone 14. Yes, you heard it right. A mere week before what’s probably the iPhone 13’s release, we’ve already got our first look at its successor! Yesterday, Front Page Tech posted a video that clearly shows the iPhone 14 in its full glory. To make things more interesting, Prosser’s also uploaded AR renders of the next-generation iPhone 14. You can download those on his website here or view them on iPhone or iPad Safari.

If the leaks are anything to go by, Apple has forced the front cameras to go on a strict diet. Case in point, the iPhone 13 is expected to sport a thinner notch, whereas the iPhone 14… wait for it… doesn’t have a notch at all.

As per the device in the video, the iPhone 14 features a punch-hole camera and possibly in-display tech for Face ID sensors. Prosser has shown the iPhone 14 in various colours, including black and gold. However, we wouldn’t know which shades we might see on the iPhone 14 until the launch (a whole year later).

At the sides, notable changes come in iPhone 4-ish rounded buttons for the volume keys. The lock button and the alert switch remain almost the same as seen on the iPhone 12. As far as the outer shell is concerned, we’d told you about the possibility of a Titanium frame and the leak supports this rumour.

What I liked the most about this rendered design of the iPhone 14 was the neatly tucked in rear cameras. The bump seems to be gone for good, and I hope the official product comes without a speed breaker kind of a rear camera setup.

Though almost everyone was rooting for the 2022 iPhone to go portless, Prosser’s leaked images showed the presence of a lightning port, not even USB-C.

While the leaked renders of the iPhone 14 give us a glimpse of next year’s Apple smartphone, we aren’t sure if everything revealed will make it to the final product. Nevertheless, the leaked iPhone 14 design has surely come as a surprise.

We’re not sure if the iPhone 14’s younger siblings waiting to launch next week would be very happy about the party pooper, though! Still, we’re as excited as ever about the upcoming Apple event and looking forward to what the tech giant will unveil next week. (Plus, am I the only one waiting to see if and how Apple reacts to this iPhone 14 leak?) Anyway, see you on the 14 — and come join us on Instagram or Twitter. We’ll be posting live reports as always!