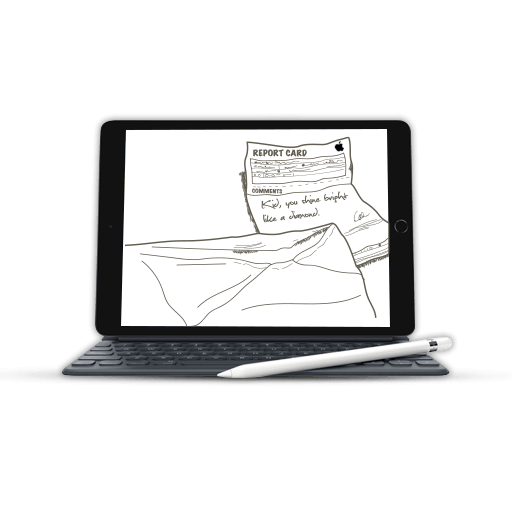 I’m sure we’re all painfully aware that we’re now coming into our fifth month since all hell broke loose. It was kinda okay at first (by pandemic standards) with our TikTok videos, dalgona coffees, recipe videos, and all the other cute trends that rose up to help us cope. But things have only gone downhill from there.

Like I need help. I need 2020 to be over. When I’m not sitting in front of a screen and working, I’m on YouTube or Netflix. I ain’t got time to deal with the demons in my head, so Brooklyn Nine-Nine, here I come (amirite?). I’m sure some of you can relate (I hope).

The company reported a ‘stronger than expected growth’ in its iPad and Mac businesses, despite some pandemic related hiccups along the way. Mr Cook gave credit where it was due and attributed the surge in iPad sales to work-from-home online jobs and e-learning.

Data from Canalys show that Apple sold 14 million units during Q2 maintaining its position as the top tablet vendor worldwide. That is 19.8 per cent higher than the 11.9 million sold in the year-ago quarter. Following closely behind was Samsung with 7 million, Huawei with 4.7 million, Amazon with 3.2 million and Lenovo with 2.8 million tablets shipped.

Wondering why the iPad, especially the iPad Pro models, is quickly gaining popularity among working professionals? Let me give you a quick overview. (If you want to read the lengthier, in-depth version, you can do so here.)

Basically, Apple’s tablets are becoming monsters—in a good way. It crushes half the things you need for remote jobs, and in life, without breaking a sweat. It can be a phone, a laptop, a music mixing table, colouring pad, etc. Also, its big screen, useful accessories, and snappy iOS has made it the ultimate workflow and creativity tool.

So you can see why professionals are drooling over these devices. And honestly, who can blame them?