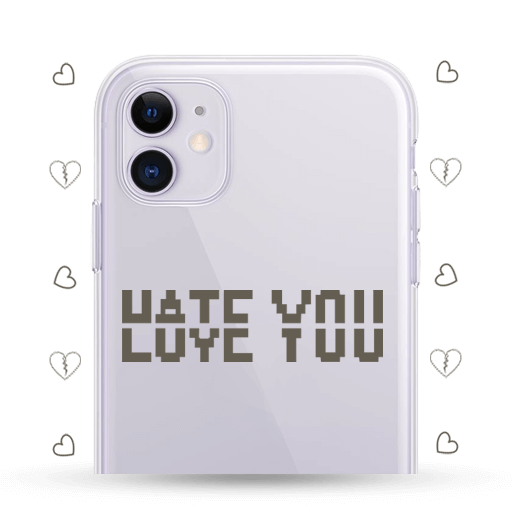 Ever since the iPhone 11 was launched this year, my friend had been hounding me to buy it. Hearing him exalt its many virtues, I felt like I’d be missing out many pleasures of life if I didn’t upgrade from my current iPhone SE. Was life even worth it if I didn’t give in to the charms of that debonair, glass-cased, multi-hued winner of hearts, the iPhone 11?

I remained unconvinced but my friend was equally determined to get me to switch camps. His persuasive endeavors, spread over several months, involved cajoling, reasoning, explaining, researching, and debating with me, although not always in that order. The finer points that were laid out in front of me were

Now, there are 2 things you need to know about me to understand the drift of this story – I am extremely clumsy and I am extremely lazy. So, in light of these character flaws, my persuasive arguments against his carefully detailed points were

Also, I’ve got small hands and I’m turned off by phones that are designed to fit into the palms of macho neanderthals. My go-to size is anything under 5” and I struggle with phones that are even a smidge bigger. I am of the opinion that phones are meant to bring convenience into your life. They shouldn’t be cumbersome and they shouldn’t be a hassle, which a lot of phones today are.

Now that you know all this about me, you’d probably understand my reservations against the iPhone 11. It’s a massive phone, it’s a heavy phone, it’s a very ‘glassy’ phone. Which, in my language, translates to

Well, drop it I did (so that’s one prediction ticked off)! That damn thing is more slippery than an eel dunked in a barrel of oil.

Also, the phone came very close to cracking my jaw bones when it landed like a half-ton missile on my face while I was scrolling through my Insta timeline lying back on my bed. That counts as half a prediction because something did crack – my very primate-resembling face (and my trust in the phone!).

Anyway, I’ve gotten way ahead of the narrative, so let’s rewind. As you may have gathered, I did buy the phone. My friend’s arguments, coupled with the fact that my current iPhone SE was on the verge of total collapse, persuaded me to take a very reluctant plunge towards massive-sized phones. But here’s the twist in the tale – I absolutely and completely loved the iPhone 11!

I’d suddenly developed puppy love for a phone that I’d publicly vowed I wouldn’t get. Within 5 minutes of using the phone, I knew that I was falling hard for it. Its size and weight aside, the phone was packed with some amazing features and, from a utilitarian purpose, it ticked all the boxes for me.

So, long story short, I loved the phone and all its features. It was a great buy and I had no grounds to refute any of the arguments my friend had made in favor of the iPhone 11. There wasn’t a single thing that I disliked about the phone… and that’s what made it so damn difficult when I had to give it up.

My romance with the phone was torrid, but short-lived (11 days, to be precise). My initial reservations about its size cast a shadow on our love affair. The phone simply refused to fit into my hands, and the mandatory tempered glass and back cover made the iPhone 11 even more unwieldy.

Daily use became an impractical affair for me. Each time I slipped the phone into the pocket of my dress, it would sit there hard and heavy, much like my sins on my conscience. And each time I was trying to pull the phone out of the back pocket of my jeans, there’d be a violent tussle. I mean, wouldn’t blame people for thinking that I was fondling myself passionately for all the groping around that was going on back there!

It wasn’t too long before I started growing weary of this new alliance. The iPhone 11 was like that perfect suitor wooing you with his 10 on 10 qualities. He was flashy, suave, charming, and you couldn’t find a single fault in him. It was a match made in heaven, but something within you rebelled all the same, because you were just so goddamn averse to the idea of arranged marriages.

The iPhone SE, on the other hand, was small, light, compact, and hassle-free. It fit into my hands like a dream and slipped in an out of my pocket without resistance. It was unobtrusive. It did what it was supposed to do and didn’t make its presence known in an overbearing manner.  The SE was like that unassuming guy your parents look down on. He may not have had much by way of looks and personality, but he was a dependable chap that you’d made a strong connection with.

In the end, the iPhone SE won out. I went back to my old phone, remorseful of ever having stepped out on it. The iPhone 11 was passed on to my friend who gleefully assumed ownership over it and the 9 EMIs that I owed my credit card. Sure, he had to put up with my choice of an overly feminine color – purple – but I don’t hear him complaining a lot. In fact, I don’t hear him complaining at all.

Bye, bye, dear iPhone 11; I have to let you go now. Our association was short, but sweet. Take comfort in knowing that it wasn’t you, it was me. But it was also a little bit of you! If you only had been a little ‘less’ of yourself, I would’ve tried to make it work. But you’re you, and I’m me, and it just wasn’t meant to be.