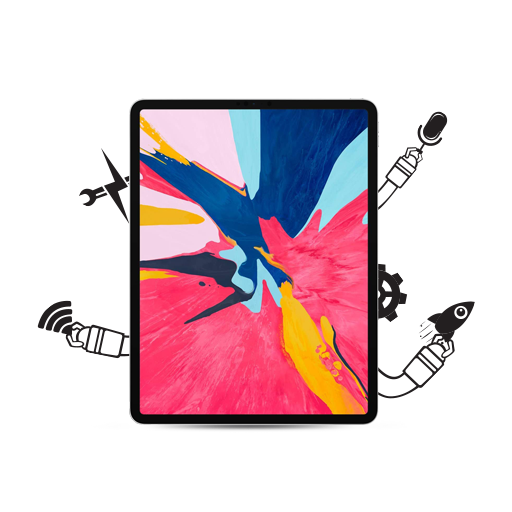 It’s the curse of technology that small issues and bugs keep nagging us every now and then. So much so that the internet’s flooded with iPhone & iPad troubleshooting solutions and advice to try to fix our devices on our own before we give up on them.

If your devices work perfectly for you, you can count yourself among the lucky few. Whether it’s a simple frozen screen or a disconnected WiFi, a sound issue or a big update problem, these constant issues plague all Apple users to some degree. They might arise out of a recent OS update, some new app, or even a bug that needs to be fixed.

While Apple’s pretty prompt with releasing patches and updates for most issues, some of these can be quite persistent and cause more than a bit of pain to the regular user. That’s why we’ve compiled some common issues and iPhone & iPad troubleshooting techniques you can use to keep your device (and yourself!) happy:

My WiFi is not getting connected

The most common iPhone problem when it comes to connectivity is the WiFi issue. Sometimes, your iPhone just refuses to connect to a WiFi hotspot, no matter how hard you try. While this can be due to many reasons, let’s see how to fix the iPhone WiFi problem.

Seriously. The first thing you should do is check if you’re in the WiFi range. Many times connectivity issues are because of this simple overlooked issue.

Try forgetting the network and joining again to trick your iPhone.

Don’t swear at me but if the fixes mentioned above don’t work, there’s always the universal solution. Try restarting both your iPhone and your router. *grins sheepishly*

My iPhone says no service

Ah, the insistent ‘iPhone no service’ problem. We’ve all faced it, whether it’s from a recent software/hardware change to or some bug missed by the developers. Fortunately, there are many fixes for this (but only if you aren’t in a bunker in the midst of an apocalypse!).

If you don’t optimally use ‘Airplane Mode’ to reach out for cellular services whenever they fail you, I don’t know what you use it for.

Try removing and reinserting your SIM card. Works like a charm most of the time.

My iPhone has sound issues

I hear you, fam. This is one of the major and most irritating problems, in my opinion. The sound issues seem unending, either while calling or while listening to music. Before declaring your issue one of the many iPhone voice problems that plague Apple users and angrily marching to a service centre, there are some things you can try yourself.

Head on to Settings → Sound and try sliding the sound volume bar right and left. If you hear some sound, proceed on to cleaning your speakers. If you don’t hear any sound, take it straight away to the wizards.

Cleaning your speakers with a soft, clean, and dry brush. And please spare the rest of us the knowledge of what’s been stuck there for days.

Check by calling someone. If your network and reception are intact and you still can’t hear, try resetting Network settings. If not, you’ll have to take it to the shop.

I have iPad update problems

Updating the OS is an easy fix for most issues. But what if updating the OS itself is what’s causing you trouble? Let’s see if there’s a way to tackle this tricky situation.

If possible, try changing your WiFi/network connections. There might be an issue with your connection that isn’t allowing the update to proceed.

Clear your storage. Your update might be pending because of the unavailability of the required space to download and install the update.

Try installing the update using iTunes or Finder (for Catalina and above) to update your iPad. You can also try force restoring your iPhone.

My iPhone keeps on freezing

Last but not the least: the most common problem that, sadly, all of us have faced in our lives. A frozen OS means no working UI or responding buttons. While a normal restart could work very well for this issue, you can try force restarting if it doesn’t.

The difference between the two is that a forced restart is a hardware reboot, basically cutting the power to your iPhone and turning the device back on. This means that it works even when your OS has frozen.

Press and hold the sleep and home button together and release them once the Apple logo appears.

Press and hold volume down and sleep button together and release them once the Apple logo appears.

If any of the issues keep persisting further but you still wish to avoid the tedious hours at the service centre, we suggest something that might be painful but can potentially save your device. That which must not be named. A factory reset. *shivers* Machines are bound to fail sometimes (the same as humans). And while these might not be major issues that you need to take to the customer service ASAP, they still require small, yet efficient fixes. Here were some iPhone & iPad troubleshooting techniques that we singled out for you. Let us know which issue you wish for us to tackle next. We’ll be waiting for you in the comments!