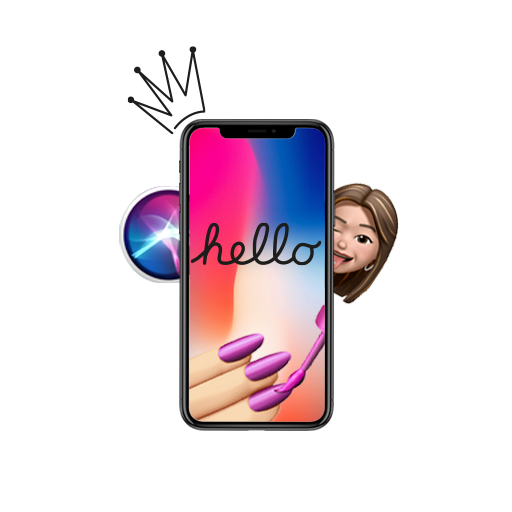 Swipe to Unlock Some Cool Things Only iPhone Users Can Do

“I don’t understand. Is that a rhetorical question?”

No matter how hard they-who-must-not-be-named try to look down on the “rich people phones” or put us on trial for loving our iPhones, there is an array of things only iPhone users can do. You know it, I know it, and they know it!

Take Siri, for example. Sure, some voice assistants have features that kinda try to give Siri a competition. But Siri’s always been the one showing the way, and the others have simply followed suit. Yesterday, I was at a video conference that I absolutely did not enjoy, so this is what I did: I typed to Siri and asked it to turn on my playlist. To top that, I didn’t even have to switch my AirPods from Mac to iPhone on my own — it happened automatically! Meet auto-switching everyone.

I recently learnt that Android users have to install an additional app on their phone to set music sleep timers. The friend who brought this to my knowledge mentioned that it’s much more convenient than going to individual streaming apps to activate the feature. When I was asked which app I use for this, I couldn’t help but simply smirk in response. Because I don’t need an app for that — my iPhone has the feature in its in-built clock. If you didn’t know you could do that, I believe I’ve just dropped an iPhone hack on you then.

Here’s a Tap on the Back

Speaking of hacks, have you tried back tap? Of course, almost all smartphones now have some kind of gesture recognition feature, but that’s on the screen. iPhones users, on the other hand, can also set up back tap gestures through an in-built feature. Personally, I think that’s the most convenient way to take screenshots. You can also set it to quickly access the control center, flashlight, Siri shortcuts, and more. So, next time they ask you about things only iPhone users can do, just say tap-tap or tap-tap-tap.

Actually, bzz-bzz or bzz-bzz-bzz could also be an answer to that question we’re so often asked. Non-iPhone users won’t get the reference, so let me spell it out for you. iPhone users can customize and create vibration alerts as we please. That’s right, we don’t just vibe, we compose our own vibes.

I get it, that feeling non-iPhone users just got. That’s your gut telling you to move to the iWorld. We can simply shake it off and shake it back on, you know. Not the emotion you’re experiencing, but typo errors. Some of us find the feature quite useful, and some of us don’t. For them, iPhones have a swipe to delete option too.

Now, Give It a Shot

What now? I couldn’t write an article on things only iPhone users can do and not cover “Shot on iPhone”. Moving past the amazing photos, the slow-mo selfies, and the live photos, listen to this: When we record videos on QuickTake, the background music doesn’t pause. In fact, if you’ve bought a track on iTunes, you could also use it directly as a background score. Time to get the iPhone settings in place, mate.

And to wrap it up, the dearest of all iPhone features: Memoji! I hear some unSung people have tried to come up with something similar for non-iPhone users. But, hey, who are the Originals, here?