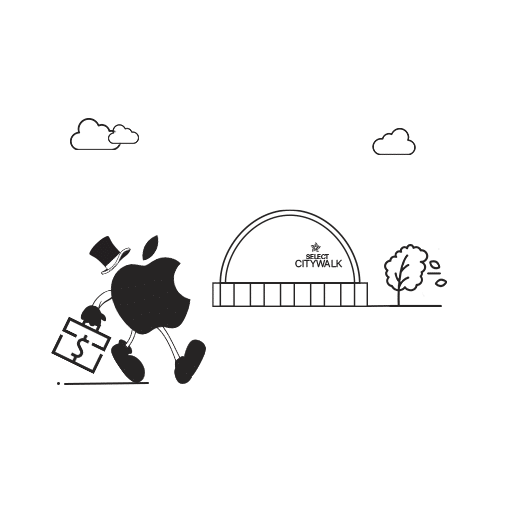 Apple fans in Delhi just got a new reason to get hyped! Applesutra has heard from a reliable source that Apple is planning on opening its own offline store in Delhi in August. Based in Cupertino, the tech giant has been planning on opening an official brick and mortar Apple Store in the country for quite a while. And it seems like Apple lovers in Delhi will finally get their wish.

A previous report from Economic Times mentioned that Apple would be opening India’s very first Apple Store in Mumbai on the country’s Independence Day, i.e., 15 August 2022. While our source has not confirmed the exact date, they did say that the location for Apple’s Delhi store will be Select Citywalk, a shopping centre located in Saket.

Based on this, we could be looking at a Delhi store inaugural towards the end of August or even a simultaneous launch with Apple’s Mumbai store, though this is purely speculation on our part. ET’s report also mentioned a Bengaluru store in the coming years.

Is It Really, Really Happening?

We’re pretty sure it is. Our source is trustworthy, though they chose to remain anonymous in this matter. And if you remember, we reported in November that Apple had posted openings for employees for their Delhi and Mumbai retail outlets on their LinkedIn page. So, I think it’s safe to get excited, folks!

How are we feeling about finally having our very own Apple Store soon, right in Delhi at Select Citywalk? Leave your thoughts in the comments.