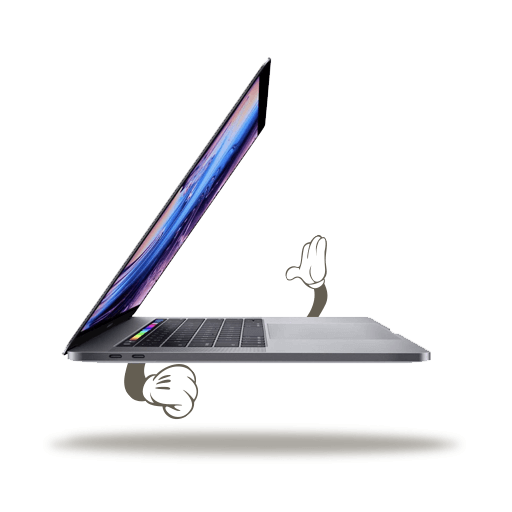 13″ MacBook Pro: An Obvious Review for an Obvious Upgrade

This July, Apple’s MacBook Pro got the much-needed upgrade. Not the update we wanted but the one we deserved! People have been calling it ‘the new entry-level pro’! ‘Entry-level Pro,’ ain’t that an oxymoron?

Anywhoo, this 13-inch MacBook Pro, a small wonder, is ultraportable, annoyingly cool, and has a good enough battery life. And that’s not all! It also boasts of knock-your-socks-off horsepower, shamelessly flaunts a touch bar, apart from sporting the same design, and the same old meh keyboard! Not the redesign daydreaming apple-ites were hoping for. But hey, we’re grateful for what we’ve got! You heard that, Mr. Cook? We appreciate what you did here!

While the 13-inch MacBook pro won’t pass for a radical redesign, it’s still a notable refinement, or not! The MacBook Pro 2019 gets a 13-inch True Tone display that increases or decreases the color temperature automatically depending on the ambient light. And its 16:9 aspect ratio will wow you with a not-quite-4K native resolution of 2,560 by 1,660 pixels.

In a wee spec bump, Apple’s MacBook Pro gets the Force Touch trackpad. Meaning, accuracy – check, virtual clicks simulated by tiny vibrations (“haptic feedback”) without a physical hinge or button set – check, happiness – check! Brace yourselves coz your happy streak is coming to an end!

You are still saddled with that shallow ass travel butterfly keyboard that has been ruining our lives for years! So, you’ll still be tapping rather noisily instead of typing.

Furthermore, the 13-inch MacBook Pro comes with not four but two USB-C ports for charging and connectivity instead of the four you get when you splurge on the more expensive MacBook Pro models. That’s what you get for being a peasant! TBH it seems like an arbitrary exclusion, and we rarely use more than two of the ports at the same time.

One big boy feature that Apple did bring down from the higher-end MacBook Pro is the Touch Bar and Touch ID, and I’m hella excited. I know, I know! Many suspect the usefulness of this magical feature. But it’s actually quite handy when apps such as Safari, Photos, notes, Bear, and others support it seamlessly. Along with the touch bar, even the pricey touch ID aka the fingerprint sensor managed by the T2 coprocessor made an appearance in the Pro 2019. To summarize, it’s a great feature, period.

The other major feature that trickled down from the more pricey MacBook Pro models are the quad-core processors. This 2019 edition has a quad-core, eighth-generation Intel Core i5 clocked at 1.4GHz; Turbo Boost that can kick things up to 3.9GHz under heavy loads.

And that sir is a huge leap forward from the run-of-the-mill dual-core, seventh-generation i5 that came bundled with the entry-level MacBook Pro. Now, thanks to the snappier new MacBook Pro, it’ll be way easier to push the processors to the limits, especially if your time on the web goes beyond the everyday basics like surfing, videos, music, chatting, and on and on.

But, design pros who make their living editing videos and photos or coding their way through life, they will probably want to spend their green on a faster Pro. But enthusiasts who like to push their machines to the limits for fun, they will find the Pro 2019 to be roomier than the Air.

Does anyone remember Apple’s promise of ’10 hours of wireless web usage? I do! Sadly, none of the MacBooks released in recent years has even come close to hitting the 10-hour mark, including the new MacBook Pro. You get the low-power warning from hell after only about seven hours. The hours are spent surfing the web, having professional conversations on Slack, jamming to music on iTunes, chatting via Messages, planning work on Trello, and going on a binge-watching spree. So, it’s your usual web browsing, nothing that’s terribly taxing.

In all fairness, the new MacBook Pro’s battery is a bit better than you’ll get using even the 2018 high-end, predecessor, the 13-inch MacBook Pro.  But the 2019 models only beat it by an hour or so. Hey, at the least, the 2019 Pro outdid Apple’s battery estimates for watching videos via iTunes. Now you get the low-battery warning after playing a movie on loop for 11 hours and 10 minutes. And even when it sent the last distress signal, the video still played for another 20 minutes before shutting down completely.

Oh well, there’s no good without the bad. And this update, regardless of how This update makes picking the right MacBook a lot easier. If your requirements are relatively modest, get the Air. But if you plan to push your poor laptop to the limits and beyond, spend the extra $200 bucks on the Pro. It’ll get you better performance and won’t break the bank, at least not all of it!

But know this that the usual MacBook caveats still hold. So, if you had wanted to slam that butterfly keyboards out into space, you’ll still want to do that. And the port selection is still at two. And despite all this, the 13-inch MacBook Pro will still bag the title of the best entry-level laptop Apple sells. That’s the power of Apple!