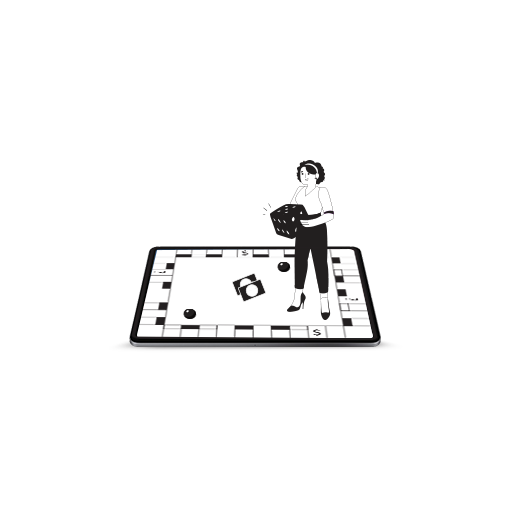 Board games have always been the best form of gaming for the entire family or group of friends. Most of us born during the 90s or earlier have fond memories of various strategic board games before we were bombarded with digitalization and virtual gaming. After the 90s, things rapidly changed as we marched into the millennial year, digitalizing almost everything. And so, communal board games, too, moved to virtual platforms on smartphones and tablets.

Though engaging in binge board gaming sessions was fun, losing the coins, dice or cards/currencies brought a great deal of trouble to the bearer. Losing one marker in Ludo or Monopoly could halt the complete game. However, all of that has changed in the digital era. Now the only thing you can lose while playing a virtual board game is your battery life. (winking at Android users for no reason at all)

Most of the board game apps support online multiplayer or offline gaming against an AI. Some of these applications also have pass-and-play features for you to enjoy playing with your gang on the same device. Here’s a collection of some of the best virtual board game apps for the iPad.

The name is enough to bring back nostalgic memories of intense strategic planning to bankrupt your fellow competitors. Building an empire for yourself and trading your assets to cover the liabilities is the major highlight of this game. A single Monopoly (or Business, as it is fondly called) session can last a long time, and thus in the modern age, Hasbro has included a Quick Mode to finish the board fast.

The House Rules that you followed in your childhood carries to the virtual platform as well. You can play this classic board game online with competitors from around the world. You also get to create your online multiplayer room to play with family and friends away from home. The developers claim their challenging AI can engage you in hours of offline gaming as well. And if you’re stuck in jail, there’s no hack.

Fancy being a detective like Sherlock Holmes? The brilliant murder mystery board game makes its way to the iPad. With ten additional themes to choose from, the classic brain teaser board game now in a new and improved avatar. Players have a multiple choice of gameplay to choose. Challenge yourself with an AI competitor, or engage in a multiplayer platform both online and offline.

Roll the dice to make your way through the mansion to crack the mystery. With the season pass, users get to choose from various boards, including Victorian London streets. The Game, Dr Watson, is ON!

Sink those warships. Battleship game makes its way to the iPad. The traditional strategic game where you place your ships and destroy your opponent’s naval base is revamped in great animations and with a modern twist. Engage in a multiplayer mode or offline against an AI. Battleship won’t let you down.

With the inclusion of the virtual model, gamers can now customize the board into various styles. There are new kinds of tactics gamers can use, and the Commanders Mode brings in all-new gameplay elements and special features—all pretty neat.

A worthy sequel to the Game Of Life board game with a 60-year-old legacy, the board game has been one of the most popular among all ages. Game of Life guides you through various stages of the life adventure you will inevitably encounter at different age gruelling levels.

Everyone is familiar with Ludo. The classic game of Ludo (now a major motion picture) originated in ancient India and has been played since time immemorial and thoroughly enjoyed with family and friends of all ages. But when it comes to the game’s virtual incarnation, there’s hardly a person who might have missed it. In this highly sensationalized game, gamers can play the virtual iteration of Ludo offline against an AI or another player. The developer has included an online multiplayer mode that lets gamers join players from all over the world in a virtual playroom.

Players can connect their Facebook accounts as well to create a multiplayer game to be played among friends. Moreover, the live chat feature allows gamers to communicate with fellow opponents while playing. Choose the colour of your house and start rolling the dice. O….Beta Ji….

While there are many board games available on the App Store for iPadOS, the above-mentioned are my favourites. Apart from these, I’m also a sucker for 8 Ball Pool, Chess by Optime Software LLC and UNO, all of which have a fantastic interface for the iPadOS. What’s your favourite?

Also, check out our 5 awesome AR game suggestions for your iPhone!