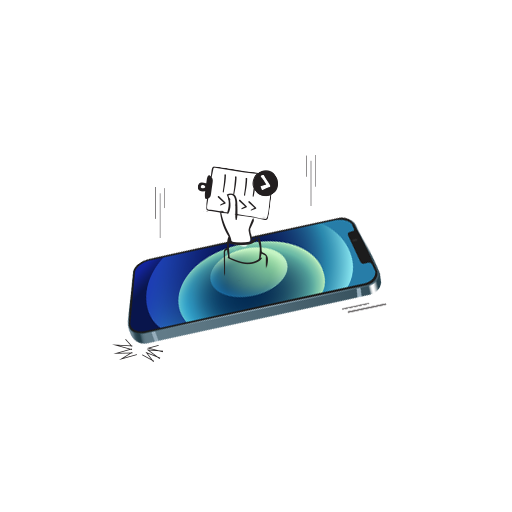 Just How Durable is the iPhone 12 Screen?

Apple launched the new iPhone 12 series last October and introduced several updated features. For starters, Mr. Cook and the team launched four models of the latest iPhone series and gave it a much-needed redesign. The talking point here is that Apple has used Ceramic glass shield in their latest iPhone 12 screens and claimed that the new models have the toughest glass as compared to any other smartphone in the industry. Will it survive the scratch and drop test? Read on to find out.

Apple says the front display of the iPhone 12 series is made up of glass and ceramic, the latter being one of the toughest materials being used in screen technology. However, the ceramic shield is only used in the screens of the latest models; the rear glass panel is the same that was used in the iPhone 11 variants. But if you remember, last year, too, Apple made similar claims about their glass panels, so I think we’re pretty much sorted on that end also.

Apart from the shield technology, the other important factor that can play a vital role in protecting the glass panels on the latest iPhones is the updated design philosophy. Unlike the older versions that had a curved downside frame that exposed the glass, the current flagships have flatter sharp edges that pretty much cover the front and rear panels.

The entire iPhone 12 series have the ceramic glass treatment for the front glass and the same materials on the rear as well. All four iPhone models carry the same design features; the only difference is Apple has used an aluminium frame for the iPhone 12 and 12 Mini. The Pro and Pro Max get a stainless steel chassis. Though the performance of the structure may vary depending on the materials used, the durability of the glass will be the same.

First, we tried rubbing the iPhone on a ceramic tile that’s the major cause of scratching if you accidentally drop your device. In the first instance, we thought the front screen had developed scratches, but that was just the residue from the tiles. After cleaning it with a cloth, there weren’t any scratches on the screen at all.

In the second session, the rear panel of the glass was rubbed against the tile. As expected, the rear mirror did develop microscopic scratches but only a quarter of an inch long. The color on the camera frame did come off but wasn’t noticeable at first glance,

Though the iPhone 12 passed with flying colors in the scratch test, we moved on to the drop test. The real durability of a smartphone is seen in how it survives drops from various heights. First I dropped the iPhone 12 from waist height because usually, phones tend to fall when you’re putting it in or removing it from your pocket. The phone fell flat on its screen on a sidewalk, but apart from a few dents on the side frame, the front screen was intact.

The next drop was from a height of six feet. However, due to the weight of the camera, the smartphone didn’t fall flat on the screen. Instead, it landed on the top right corner first, then bounced off twice before landing on the back and the rear glass panel cracked. The dent on the side frame increased, but the front display survived with minor scratches.

To our surprise, Apple’s claim about having the toughest glass display on a smartphone turned out to be true. We tested the iPhone 12 which has an aluminium frame that’s already infamous for getting dents easily, but the fact that the ceramic shield helps save the front glass is commendable.

Our team is eagerly waiting to test the Pro series that has a stainless steel frame and check if that aids in keeping the back panel safe as well. For now, the iPhone 12 passed with flying colors in both the scratch and the drop tests. The latest 6.1-inch device is now available, and you can go ahead and buy it from Apple’s online store or from leading premium offline retailers.