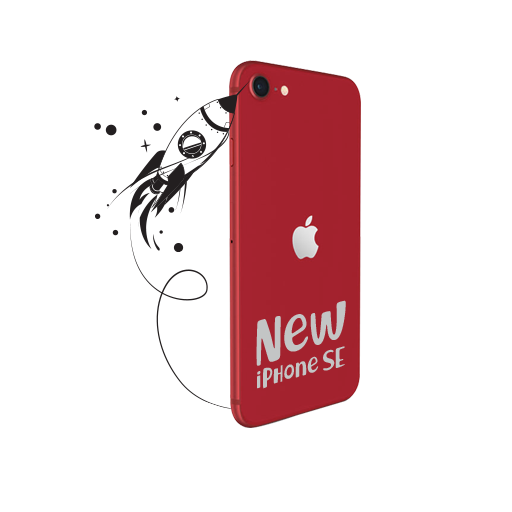 iPhone SE 2020 is Finally Out: Here’s All You Need to Know

The day we’d been waiting for has finally arrived! There had been a lot of rumours that iPhone SE would be launching as soon as April 15 – and what do you know, they were right! Apple has officially announced the new iPhone SE 2020, packed with the latest technology, a 4.7-inch display, and an extremely affordable price that has me itching to get my hands on one already. Though it was previously speculated to be named the new iPhone SE 2 or the iPhone 9, it was leaked that the smartphone will simply be called iPhone SE.

Here’s everything you need to know about the latest iPhone.

The Chip of the Hour

Let’s first address the elephant in the room, which is to say the A13 Bionic chip. Introduced for the first time in the iPhone 11 series, it’s the fastest chip ever in a smartphone and the best in the market right now. With the addition of this chip in the iPhone SE 2020, it won’t be wrong to call it a “chhota packet, bada dhamaka”, especially while you’re testing out your gaming skills or binging for 13 hours straight on one charge.

Apple’s calling it the “best single-camera system ever in an iPhone”, and we can’t wait to test that out ourselves. The 12 MP camera with an f/1.8 aperture has everything you could possibly want – whether that’s Portrait mode, Depth Control, Portrait Lighting effects, or Smart HDR. A great new addition to the list of iPhone SE specifications is QuickTake, which will allow you to record videos without having to leave photo mode at all.

There are three iPhone SE colours – Black, White, and PRODUCT(RED). It’s less than what we had with the iPhone 11, but still solid choices. You might already know that a portion of the sales for the RED variant go towards supporting the Global Fund for HIV/AIDS. For the iPhone SE PRODUCT(RED) variant, a portion will also go to the newly established fund to fight COVID-19. An easy choice if you want to do good and look good at the same time!

The only problem? Unfortunately, availability for India has not been revealed yet, and we’re not expecting it anytime soon either. With the country in lockdown due to the novel coronavirus outbreak, we’ll probably have to wait a little bit more to finally try out the new iPhone SE—alongside those who have been patiently waiting for the 2020 iPad Pro and MacBook Air. Still, at least there’s something for us to look forward to on the other side of this pandemic! Till then, hit us up in the comments. What are you most excited about in the new iPhone SE 2020?