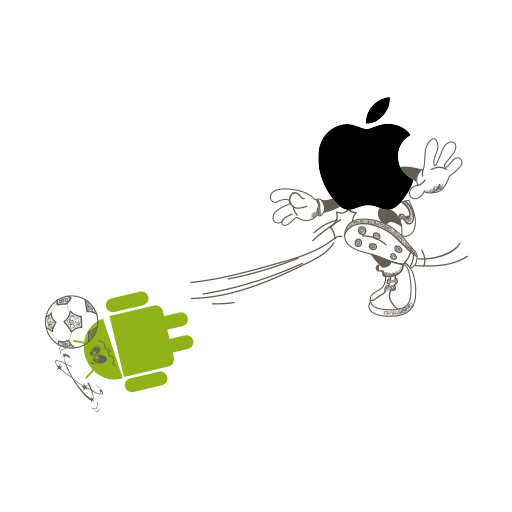 We love our iPhones; at least, I love my iPhone and I am not ashamed to say it. It’s not that I hate Android, but I just have a special place in my heart for iPhones.  Why? Their looks and features aside, I prefer iPhones because of the way their software and hardware complement each other. And I just love the way they connect seamlessly to other Apple devices such as iPad, Macbook, and Apple TV.

I’ve been using an iPhone for a long time and, trust me, iPhones can beat Android any day if we compare them. So iPhone vs Android? Let the comparison begin.

The First One to Get Apps

Both iOS and Android have millions of apps, but who gets the apps first? Of course, the iPhone is favoured by developers as a launch platform for the hottest apps.

Take Fortnite for an example. It was a Samsung exclusive and it still took several months to get on Android after being launched on iOS. And there’s a whole bunch of apps such as Super Mario Run, HQ Trivia, Snapchat, etc. that took their time before being available on Android.

What can be the reason for such a delay? The answer is simple; big developers prefer to test the functionality of their apps on a platform that works in a controlled environment and has fewer devices available at one point of time. It saves them both time and costs in checking the viability of their app. Even if each iPhone has multiple variants, aspects such as screen sizes, processors, RAM, camera, and software remain limited in the market at any given point of time.

On the contrary, Android users are in billions worldwide, but they are fragmented across different manufacturers, devices, and specifications. In such a vast and fragmented market, it becomes hard for developers to test and optimize their apps as initial negative feedback (might go in millions) from customers can give the app a bad name even before it becomes fully functional.

That’s why iOS is preferred over Android by the majority of developers and iPhones users the get the best of the apps first.

Seamless Connection to Other Apple Devices

If you haven’t tried it yet, use your iPhone with any other Apple device. It is just superb! macOS and iOS have the ‘Continuity’ feature that allows you to send and receive calls and texts on your Mac, iPad or MacBook.

Moreover, another similar feature is Airdrop that can help you transfer photos and videos from your phone to your Mac or MacBook, in case you are running low on storage. Just keep your iPhone close to your Mac or other Apple devices and let it shine. If you just want to view photos, videos, or files on your Mac that are stored on your iPhone, just switch to iCloud and you are all set. In any of the aforesaid cases, iPhones and iOS got things covered.

I know many of the Android-lovers will not like my views on iPhone vs Android, but guys, truth is often hard to digest. I have no animosity towards Android;  in fact, I like many features of this widely-accepted operating system. But facts, figures, and practicality remain in favour of iPhones. So cheers to our iPhones.