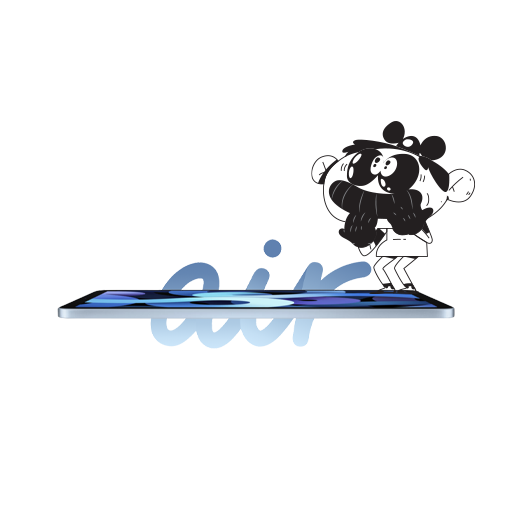 The new iPad Air 4 comes with several big upgrades on the inside and outside as well. Design-wise, it is more polished and is very similar to the first-generation 11 inch iPad Pro (meaning smaller bezels, bigger display size). It also features the powerful A14 Bionic chipset, which means you get better performance. But that’s not all!

Here’s a low-down of all its new and improved features:

The new iPad Air 4 is thinner, lighter, features Touch ID, which is embedded right on the power button. Apple has even done away with the lightning port and finally switched to a USB-C in this model.

The iPad Air 4’s bump from a 10.5-inch to a 10.9-inch display size came as a very happy surprise. It features a fully laminated Liquid Retina display with True Tone, anti-reflective coating, P3 colour gamut support… and all the works. It also supports the Apple Pencil, which can be magnetically attached to the iPad, just like it does with the Pro models.

The new iPad Air 4 will feature Apple’s 5nm A14 Bionic Chip. It includes a 6-core CPU that is up to 40 per cent faster than the previous iPad Air model and a new 4-core GPU that performs 30 per cent better. In plain-speak, the iPad Air 4 will run as smooth as butter.

The new iPad Air has the same camera as the previous-gen iPad Pro models. It features a 12MP f/1.8 rear-shooter that offers better stabilization and dynamic range and a 7MP front-camera with Smart HDR and better low-light performance.

Other notable features include a ‘two-speaker audio’ set up in landscape mode, and a Smart Connector for Apple’s Magic Keyboard.

What do you think about this souped-up refresh of the iPad Air? Would you put it on your wishlist?