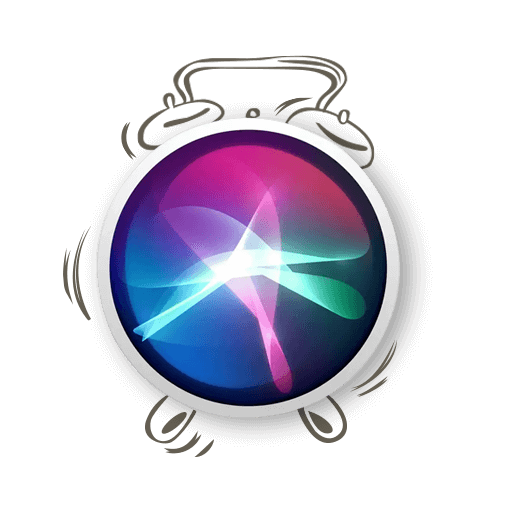 Siri Alarms – A Boon for All the People Lazier Than Lazy

Put your hands up if you’re too lazy to even set your alarms. After all, all that tapping takes a lot of effort. We understand. We really, really do. But folks, for people like you and me, there’s this wonderful thing called Siri alarms.

In case you’re too darned sleepy to keep your eyes open long enough to set an alarm, say these cursed words –

If you’re going to set an alarm via Siri, chances are she is going to ask you a bunch of questions.

For example, if you simply tell Siri to “Set an alarm”, she’ll promptly ask for the time. And, in case, you set an alarm for “tomorrow morning” when you’re hitting the sack at 2 a.m., no worries. Siri will double check to see if by ‘tomorrow morning’ you actually meant this morning. After all, there are days when we lose track of time, and we all need someone to remind us that there are just 3 hours till daylight and a brand new day to waste. Just kidding! Maybe.

And that’s not all. In case you need multiple alarms cuz you’re always tripping on something and forgetting things, just name your alarms. That way, you can activate your alarm simply by telling Siri to “set my gym alarm”. It’s a whole different matter whether or not you hit the gym, but hey, at least you set the alarm.

Wanna name your alarms? Just go to the Alarms tab in the Clock app.

Deactivate for Peace of Mind

Now, I’m not saying there’s something satisfying about switching off an alarm because your plans changed, but I am. So, if you had set an alarm to get ready for that dreaded reunion, but it got canceled, here are the magic words to tell Siri to cancel it –

And just to make sure that the alarms were canceled (like the plans), you can always double check them when Siri displays the canceled alarm(s). You can also double check your set alarms.

Check Your Alarms and Delete Some

In case you set an insane amount of alarms and forgot what all they were for, you can always just say, “Hey Siri, show me my alarms.” And voila! You’ll see a long scroll of alarms.

The list of alarms will have switches next to them, and you can toggle them on or off manually as well. So, if you’re trying your hard to eat healthy, there won’t be an alarm to remind you that it’s snack time.

Also, most of those alarms on that list will probably be individual ones that you once set for very, very specific occasions which are now pretty useless. So, do yourself a favor and just do away with the whole list and set new alarms. Trust me, it’ll be easier to set three new alarms than deleting 17 useless ones one by one. All you have to do Tell Siri is, “Delete all my alarms.” Of course, Siri will ask for confirmation before she clears the whole list. And once she gets the nod, the whole list will disappear. It’s almost magical.

So, what are you waiting for? Set some alarms and bind yourself to a schedule (I’m really trying to be positive). Just one tiny thing though. You can only set Siri alarms for the following 24 hours. But hey, this is still easier than doing it manually.