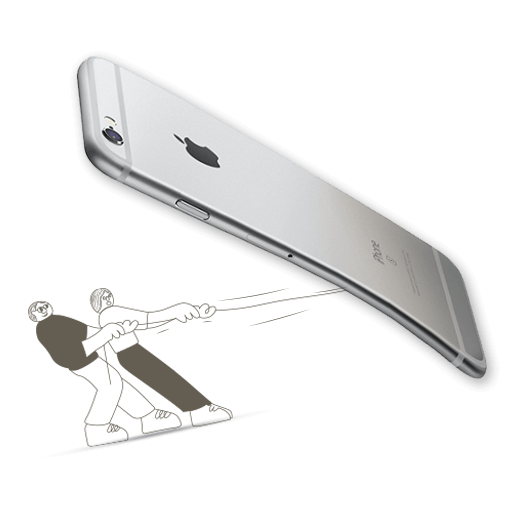 Will Apple Eventually Bend to the Trend of Bendable Phones?

Foldable smartphones are taking the tech world by storm. They are the latest and most visible illustration of how Apple’s archrivals have moved beyond mere imitation and onto the kind of territory that might make you consider clapping (never whooping).

But first, let me ask you a question. How excited are you about Android tablets? Dumb question?

Well, how about a small Android tablet, smaller than an iPad mini? Still not feeling it?

What about a tablet with questionable app support, and an unpolished UI that will likely take some time to work? No? No takers?

Fine! Last one! How about a thick, clunky, bulky phone with an enormous price tag?

Screaming internally? There, there. No need to go all cuckoo on me. I was just trying to put forth a point. Because the things that got you all worked up is precisely what you get when you buy a foldable phone.

Shocking, right? But here’s a dirty little secret – foldable phones (at least the ones we’ve seen so far) are really, really shitty!

The Huawei Mate X and the Galaxy Fold (the bendable phones in question) are nowhere as polished as we’d like them to be. And if you’re someone who worships Apple’s standard of design, polish or usability, you’re going to be sorely disappointed in the overall look and feel of these gadgets.

Want proof? You got it! How about the visibly awkward hinge gap in the middle every time the phone unfurls into a full-fledged tab? Reminds you of that gap between your teeth, right? Or the stiff, plastic display that feels too cheap for an Apple fanboy to touch? Ugh, don’t even get me started on that. What about the fat, heavy, clunky body of the phablet? Yes, I’m body shaming a phone! Deal with it!

So what will it be? Will Apple be jumping on to the foldable bandwagon or will it choose to let it go?

Well, if we are to follow the flurry of foldable iPhone patents, Apple is definitely on to something, probably the most impressive foldable phone yet! But the question is, what will Apple do? Wait and perfect the miracle or follow its contenders and rush up the release? While we wait for the answer, here’s a list of pros and cons about what will happen if Apple waits and if it doesn’t.

Why Apple Shouldn’t Launch a Foldable iPhone … Just Yet!

If Apple sticks to its usual approach of ‘Wait, watch, and master’, you know you’ll get nothing less than perfection.

Apple has always preferred waiting while others fussed with buggy software, limited availability, and exploding hardware. The company usually takes its own sweet time to sculpt its masterpiece by adding special software sauce and using nothing but the best hardware. And, then there’s the user experience. Apple is unlikely to launch a foldable iPhone unless a flawless user interface is in place to complement it. Understandably, all this juggling would require a lot of dedicated time, not to mention effort. So you know that if Apple is delaying the announcement of a ‘bendable phone in the making’, it’s worth the wait.

Plastic Or Glass – Pick One

Most of the foldable phones feature screens made of some polymer blend a.k.a. Plastic. What a way to mess up the aesthetics! But if we give Apple enough time and take into account their long-standing relationship with leading glass maker Corning, Apple might be able to pull off a bendable iPhone with a glass screen. Or maybe Apple’s secret display factory in Santa Clara might do the trick. The word is that the facility is focusing on designing and producing its own displays including Micro LED displays. Is that for the next iPhone design update? Plausible.

Hot Displays Come To Those Who Wait For It

Apple’s recent patent revealed that the company is working on a ‘selective heating’ system that automatically warms at the fold point. Why go through all that trouble? Apple explains that the system is designed to avoid damage to the bendy screens in cold weather. So, by adding a heating element or even lighting the pixels on the fold, they can mitigate the problem. But what do they need to accomplish that? The answer is time.

If there’s one thing that Apple prides itself on, it’s the unmatched user experience the company offers with every product they launch, all thanks to numerous testing phases, multiple developers, and more. So, you know if Jony Ive & his product design team decides to wait, the foldable phones will be no exception to the legacy. Besides, Apple has a hot track record of waiting to see what others have missed out on, adding it to their tech and becoming super successful because of that.

Doubling Down on Innovation

The lot of foldable phones, be it from Samsung or Huawei, seem to follow a similar premise – a phone that extends out into a mini-tablet. But, if we give Apple enough time, we might get a foldable iPhone that doesn’t follow the present form factor. Maybe something innovative like a device that rolls out of a small housing unit, (yeah I know a lot like LG’s new rollable TV), or how about a pocket-sized phone that folds out into a regular, modern-sized iPhone?

Even if Apple does go with the book-shape, perhaps one of the displays could be an e-ink screen for reading ebooks. Okay, maybe I took it too far! But still, a delay in launch could certainly mean a spark of innovation in the bendable trend.

Don’t Be Too Late

The only con I can think of is that Apple might lose its reputation as the ‘leader of innovation’ if it chooses to wait too long or bypass the foldable phone trend entirely. But, as the patent filings indicate, going against the foldable grain might not be Apple’s strategy. And since we’re on the topic of cons, the late arrival to the ‘Bend It Like Beckham’ party might affect the already dwindling sales of iPhone. Oops!

What Would Happen If Apple Went the Samsung Route?

Now, let me switch hats and explore the possibility of Apple succumbing to the industry trend and hasten the release of the foldable iPhone.

Displays Will Remain a Deal Breaker

If Apple plans on a rushed job, it’s safe to assume that their version of bendable phones could very well be similar to current iterations. What’s so bad about that you ask? Well, imagine a small, 4.6-inch polymer (fancy word for plastic) display with giant bezels and a mini-tablet size, which doesn’t fold completely. It’s neither a decent phone nor a tablet. Now, it might not be as bad, but it wouldn’t be much better either.

And, since Samsung is sneakingly reluctant to share its foldable screen technology with Apple, Tim Cook will have to dust off his COO hat and quickly find another reliable display partner. Easier said than done!

Now, this one’s a no brainer. Firstly, even if Apple manages to put together its resources and mimic a tech that’s still in its testing phase, it will entail fighting off buckets full of bugs, hardware compatibility, and God knows what. Given Apple’s recent track record of using the first version of a new iOS launch as a public beta, the user experience of a 2019 foldable iPhone will be a big question mark.

Don’t even get me started on the availability issue, it’ll take the term ‘limited supply’ to a whole new level. Oh, and if you thought Apple would reward you for completing the ‘iPhone fold’ treasure hunt by giving price rebate, then you don’t how Apple works.

A Race Against Time for Developers

If Apple joins a bendable trend without any heads-up, it would leave the developers hard-pressed for time. For an iOS developer to optimize the foldable experience, he/she would need to develop apps that can seamlessly migrate between the different screen sizes. The amount of time the coders get will define the difference between a gimmick and a truly responsive app design.

If Apple wants to build a bendable iPhone sooner than later, it will have to rely on existing tech from companies like Samsung or Huawei, ending any possible scope of innovation. And, for a company like Apple whose reputation hinges on their level of innovation, adopting the same design, tech, and form factors as its competitors is like a shot in the foot.

Are Foldable Phones Even Worth The Effort?

I know some of you’ve been itching to ask this question, but in more ways than one, a foldable iPhone (iFold? ? ?) from Apple makes a lot of sense. Just imagine how easily Tim Cook could pitch such a device as the perfect platform for its recently announced Apple TV+ and Apple News+ services

If you think about it, the foldable trend is unavoidable. Smartphones have been getting bigger and bigger. And, to keep getting bigger (without becoming tablets!), the fold is logical. Besides, the millennial phone owners are more than happy to splurge on grip rings and pop sockets to hang onto their giant phones. So, they’ll be fine with a fold, methinks.

Apple may or may not wait to enter the foldable phone game – it’s guess! But if there’s one thing that we know about Apple, it is that it is not afraid to be late to the new tech party.

In fact, one of the hallmarks of Apple after Jobs returned in 1997 has been a conservative approach to new technologies. And that is mainly because the company’s process for integrating new tech into its products differs from that of its competitors.

Apple has always been the least interested in fighting a spec-sheet battle because its software is enough to make the products stand out. And if at all Apple is plotting a path to a foldable iPhone, it will do so a little later than you’d expect.

And no, I don’t have anything concrete to back my prediction other than knowing that that’s the Apple way – taking its time and whipping out a product with something so unexpected and awe-inspiring that makes every one of its competitors wonder why they didn’t think of it. So, my money on the iPhone Fold launch in 2021.