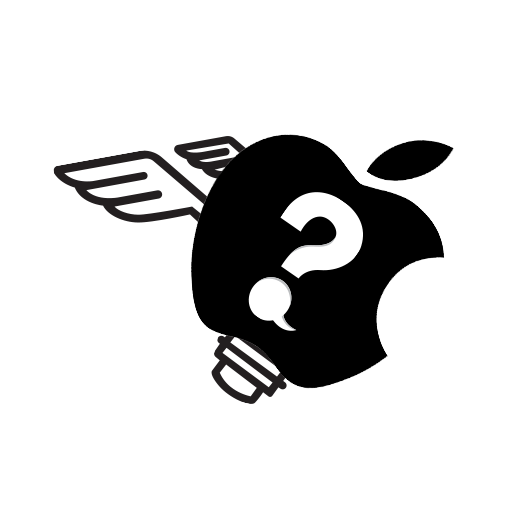 Is Apple Still the Innovator After Steve Jobs?

It’s been 9 years since Tim Cook became CEO of one of the biggest tech companies of our times. Taking over the baton from Steve Jobs—the man who’d been around enough to witness all the crunches and the victories; the one who was responsible for most of the company’s lauded innovations—could not have been easy.

Cook often recalls Jobs telling him to run the company in his own way; a piece of advice that he took to his heart and is often criticised for. Redditors and fanboys have constantly compared the CEO with the founder. Some say Apple has been sloppy with its innovations after Jobs, some believe it has lost its direction, and some even go so far as to declare that Apple died with Jobs! However, one of the biggest claims I’ve heard in a while is that Apple has stopped taking risks after Steve Jobs. To explore this, let’s take a look at how our friendly tech-giant used to be before Tim Cook happened.

Since its very first days, Apple used to be known primarily for its innovation and groundbreaking designs. Its products were easy to use, yet astonishing. Be it the revolutionary iPod, the exclusive iTunes, or the amazing MacBook, Apple’s innovations were so subtle that it made people wonder why it wasn’t already done before.

I remember getting excited every time Apple was about to drop a load of awesome products on me. But even before going into the specs, I used to always take my time looking at the elegant design. For me, Apple was a design company first and a tech-giant later.

Apple was stylish. It took risks and reinvented things. And along with that, it was dominant. Apple’s superiority in its markets was one of its main USPs. Jobs believed that Apple should only enter those fields where it could control the primary technology.

But, somehow, I feel all that’s changed. Whether it was because of the uneasiness to accept change or an actual reshuffling of the work-process, I’m not yet sure. But, yeah, Apple did change after Steve Jobs.

Many people feel (and I do, too) that Apple has reduced attention on its innovations and has focused more on creating profits. Generating good revenue is tough, but it’s relatively easier than consistent innovation. So, while Cook has managed to keep the Boards happy, the same cannot be said for many fans. Hardcore Apple fans are used to the innovations. Instead of products that say “Look, I can do this,” they want a product that makes them go “Fuck! I definitely needed this”.

Jobs always used to stress on small-sized iPhones. But as the markets expanded and Samsung started building smartphones that required a handbag to keep in, Apple gave in. The screen size adaptation for Apple was to adapt to market demands.

As far as innovation after Jobs is concerned, I believe that Apple is playing a game of hits and misses. While the spectacular AirPods were a hit, the Butterfly Keyboard failed spectacularly.

Also, I think Apple has increased the redundancy in its products. Imagine there’s a Mac on your desk, an iPhone in your pocket, and an Apple Watch on your wrist. Now, which one do you go with if you need Siri? (Don’t look at me, I’m just pointing out the obvious.) Most Siri integrations, I think, are done for market needs, focused on making these products profitable standalone. But did you really need a hundred different ways to call Siri?

What Works: For many users, occasional hits like AirPods, HomePods, and 3D-touch have been amazing. While the design, too, hasn’t as drastically dropped as many fanboys have dramatically portrayed, Apple does seem to have become a bit reluctant on the innovation front. But it’s working on them nevertheless because, if it were solely a profit-oriented organisation, it could’ve easily banked on its most-selling product, the iPhone, instead of focusing on Apple Watches and HomePods.

What Doesn’t Work: Many Apple fans have come to believe that Apple-under-Cook is compromising the ‘perfection’ that Apple-under-Jobs strived for. A prime example of this is Apple TV+. One personal grudge that I have from Apple is its sudden jump into the streaming wars. I feel that without a ground-breaking show, all Apple has done is cast some big names and tried recreating some big shows, probably to stay relevant in the streaming market. If you recall how much the tech giant loved to dominate the industry in all aspects, this doesn’t sound much Apple-y, does it?

Should Apple continue with these changes?

Apple definitely has one of the biggest take-home revenues. Now, I’m not saying that it should give up its profits-savvy approach. However, Apple is known for its perfection. Sidelining your core just doesn’t go down very well with me.

Mediocrity was never Apple’s middle name. One thing the company has constantly reminded us is that it focuses more on being the best rather than being the first. I think that if you compromise your core, you’re disappointing the millions of users who stood by you because of that very factor.

As for the streaming wars, don’t even get me started on that. I, politely but firmly, believe that it was a profit-first idea. And unless Apple has a really groundbreaking show in its back pocket or some other way to make Apple TV+ more relevant, I don’t think anyone can convince me otherwise.

One thing’s for sure: As long as there’s Apple, people will compare every successor with Jobs. Steve Jobs is basically embedded in Apple’s DNA—and for good reason. He provided the industry with some of the most brilliant and iconic gadgets. However, we need to understand that Cook is a different man.

While their comparison is a topic ripe for debate, the simple fact stands that these two have different approaches on how to run a company. Redditors famously claim that “Jobs was an innovator, Cook is a CEO”.

Is that bad? I don’t really know. Though, to be honest, Apple IS playing safe in some categories while still trying to half-heartedly maintain what it stands for. At the end of the day, it seems to me that if Apple-under-Jobs saw 1000 rejections from Jobs to the 1 ‘Yes’ before a product ever came into the public eye, Apple-under-Cook stands at a 500:1 ratio. Just that.

But what do you think? Go ahead and light up the comments section with this debate. Just remember to be polite!