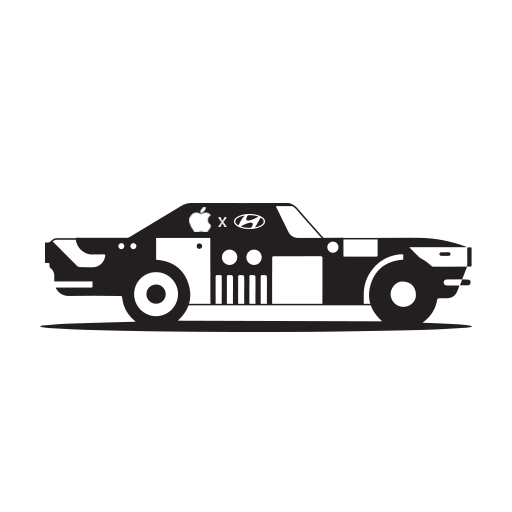 Apple to Partner with Hyundai for an Electric Car? My Dil Goes Vroom-vroom!

Pssst …. did you hear? Talks of an Apple and Hyundai Motor collaboration is around the corner, and it is turning out to be exactly what you’ve guessed. Apple IS building an iCar! According to the reports, Apple is planning to sign a partnership deal with Hyundai for Autonomous electric cars, mass-production of which can start as early as 2024 in the US. The reports also hinted that a prototype, a ‘beta’ version of the same, could show up in the market next year, i.e. 2022.

Umm…no. Not yet. But we’re definitely not letting this joke go. Hyundai’s sister company Kia Motors seems to be the first choice to manufacture as many as 400,000 Hyundai-Apple vehicles each year. This figure has yet to be confirmed; however, Kia Motors factory in Georgia is likely to start off with 100,000 vehicles in 2024. But whether Apple will build its own factory or prefer partnering with Hyundai’s sister concern is yet to be seen.

Apple’s eagerness to enter the automobile sector is expected to cause ripples in the industry. With the reports of a collaboration with Apple for electric vehicles, Hyundai’s shares have already skyrocketed around 20%. And with the recent entry of Tesla in India, Apple might have its eyes on a big chunk of the Indian automobile market as well.

In alarming news for the competitors, Apple-Hyundai cars are expected to use a newer battery designed by Apple itself, lowering the costs and the drive between charges.

Despite the excitement surrounding the Apple-Hyundai agreement, this isn’t the first time Apple has announced such a collaboration. In 2013, Apple partnered with Volkswagen to deliver an ‘iBeetle’ (yeah!). And though the car had an iPhone docking station, a ‘trainer’, and an in-car operating system like CarPlay, ‘iBeetle’ couldn’t live up to the hype.

Whether or not we’ll be getting a ‘beta’ version of this Apple-Hyundai car wonder next year is yet to be seen. However, with Tesla already established in India by then, things will get heated in the electric vehicle sector. Let’s wait and find out.