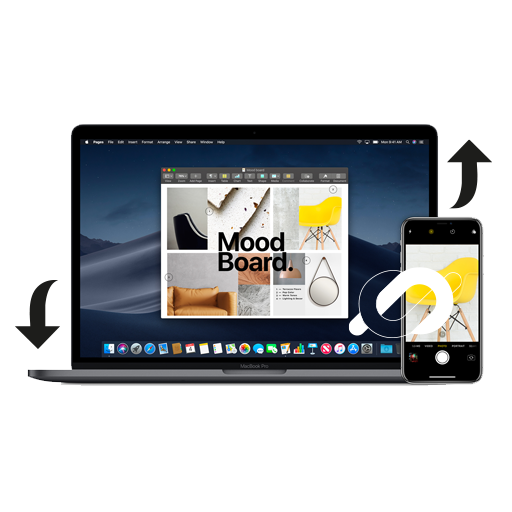 The One Feature That Ensures We Never Switch From Apple: Continuity

Listen, I’m human. I make mistakes. Sometimes, I even give in to capitalism and brand value instead of just focusing on features. I distinctly remember a phase where I was obsessed with high-brand wallets and bags that went out of fashion quicker than I went broke. Maybe that’s what happened with Apple, or perhaps I fell in love with actual utility. Who knows? I’m certainly not telling. The point is: I stayed. The ‘why’ of it can be reasoned out to one thing, the glue that holds the Apple ecosystem together: Continuity.

If you’ve been following my ramblings on Apple, you’d know that I’m a huge fan of the Apple ecosystem. As much as it keeps me handcuffed to its few devices with arguably lesser features and independence than other brands would afford me, you could say it’s a jail I willingly put myself in. I criticise Apple about every little thing but, man, do they know how to stop a girl from breaking up with them.

One of the biggest things that stops me from getting out of this toxic relationship that only empties my bank account every year or so is Apple’s Continuity feature. I’m lazy by nature, okay?!

I value convenience, and everything that makes my life as simple as it could possibly be. The other day, I actually tried to copy something on my mom’s Mac and paste it on my own, which led to a few moments of dissociation as I tried to comprehend that it is, in fact, a feature linked to my Apple ID and not something that is universally possible. I had to wonder for a moment how life worked without Continuity; how do normal beings not high on this power do it? Then, of course, I moved on and AirDropped it.

Anyway, yeah, it’s a problem. A problem that I’m in love with.

Stop Rambling and Tell Me: What the Heck Is Continuity?

I know, I’m getting ahead of myself — let’s reel it back a little. Continuity is this wondrous, magical, beautiful feature Apple started rolling out in 2014; around the same time I was getting sucked into the Apple ecosystem at the ripe age of 16. I was, of course, already the proud owner of a MacBook Pro and an old iPod I refused to let go of, besides my dad’s iPhone that I would still argue was mine by right of inheritance.

No matter how new you are to Apple, or however inept at technology, every Apple user has used Continuity at some point in their life. Some just don’t know that’s what it is. This magical function is what helps you work seamlessly across your Apple devices without having to do inelegant things such as mailing yourself files, messaging yourself text to paste on another device, or even manually typing in the OTP you received on your iPhone into your Mac — because your Mac fills it in automatically.

I was going to keep this list to four or five points, but it got out of hand. I could go on and on; this feature is just so freaking good. All it needs is that your Apple devices are within reasonable proximity to each other and have Bluetooth and WiFi connectivity turned on. Apple is a genius when it comes to its ecosystem. It’s exclusionary to other brands, which honestly sucks and often makes me want to get out of the Apple bubble, but also makes it so convincing to just… stay.

I have, of course, thought about switching many times. When Samsung brought foldable and flip phones back into the picture, I had wondered, for a wild second, if getting out of the Apple ecosystem would be worth it. Then I decided to be rational and wait for Apple to slowly catch up, as always, so I wouldn’t have to give up Continuity (and the perks it brings me with my Apple Watch). I guess we know where the cards lay for now. Curse you, Apple, you win again.