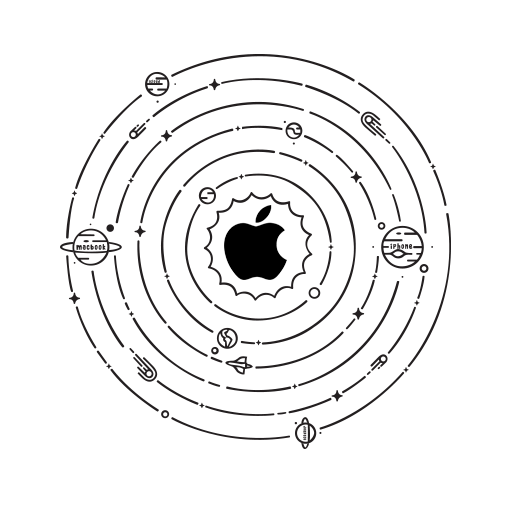 Why the Apple Ecosystem Is So Damn Good

There’s no doubt that Apple is the number one tech company in the world right now. With a reputation as the trend-setter in the industry, Apple’s always been at the forefront of innovation. A huge reason for their success lies in the complete ecosystem of products that Apple users immerse themselves into once exposed to its wonders. No one does it like Apple when it comes to creating a self-reliant and self-sufficient ecosystem where users aren’t just able to seamlessly work within, but also benefit from it.

If you’d told me I’d be as surrounded by Apple products as I currently am a few years ago, I would’ve scoffed at you. While I’ve never been one to hold back in getting the good things in life, Apple always seemed a luxury that you don’t really need to me. However, I can safely say that once you dip your feet into the ecosystem, it’s difficult to say no to the rest of the family.

What Makes the Apple Ecosystem Work?

Apple products are a joy to use independently, but it’s when you bring them all together that the magic really happens. Because, yeah, the iPhone’s pretty damn amazing on its own. But when you throw the Apple Watch and AirPods into the mix? The perks just can’t be compared to using other substitutes for the same services.

Google Drive and OneDrive might have the market cornered for collaborative work, but nothing beats iCloud when it comes to individual utility. Yes, you’ll have to pay to really enjoy the benefits of seamless back-up and storage, but iCloud is pretty great even without that.

One of my favourite uses of iCloud is syncing my files and notes between my Apple devices. Being a writer means I get inspiration any time of the day, without consideration for which device I’m carrying. It’s the best thing ever to be able to make a note on my Mac during work when inspiration strikes, then continue the thought on my iPhone while I’m commuting without having to go through any effort at all. Then, of course, there’s the amazing iCloud keychain, which helps forgetful humans like me go through their day without much frustration.

Ask anyone who’s even moderately aware of the tech scene about what Apple does better than Android, and it’s wireless sharing. Sure, Bluetooth’s cool and all, and yeah, apps like ShareIt might be popular among Android users, but there’s really no going back once you experience AirDrop.

Whether it’s images, files, links, and even heavy media like videos that would take you ages to transfer between devices, AirDrop makes all of that a matter of seconds. I’ve personally shared 4K videos between my Mac and iPhone as easily as if I had my iPhone plugged in. Besides, it’s really the best way to preserve the quality of your media during the transfer. So I’m just going to go ahead and give full points to AirDrop for ease of use and convenience.

After AirDop, this might possibly be the best thing that has happened to the Apple ecosystem. This function makes working between devices almost magical with how seamless it is. As the name suggests, Continuity helps you maintain the flow of work between your Apple devices and use them together in a way that would be super complicated (and require multiple third-party apps) on other devices.

One of the best examples of this is the Universal Clipboard feature, which lets you copy something on one Apple device and paste it on another—an absolute timesaver that makes me feel well-spoiled. Other features include Handoff, Instant Hotspot, and phone calling and text messages when connected to the same network.

I’d honestly say that even without all the features I listed above, Apple’s ecosystem would still remain the strongest in the space. For one, the range of products itself is so diverse that there’s no need to leave the ecosystem—everything you need is right there.

Want a phone? You have the iPhone. A laptop? Get a MacBook. Can’t afford the Pro? There’s the MacBook Air. Want something more portable? The iPad’s what you need. Need a heavy-duty desktop? An iMac is the best there is. An MP3 player? The iPod was made for this. And then there’s the Apple Watch, the Apple TV, the AirPods… you get it. What’s even more unique is how all these individual units interact with each other, being independent and interdependent at the same time.

It doesn’t end at the devices. Apple is stepping more and more into the world of services as well. The App Store and iTunes had already been miles ahead of Play Store and other competitors, and with iBooks, Podcasts, Apple Music, and now Apple TV+ and Apple Arcade, Apple seems to be preparing the whole package of services for its users.

Though I’ll admit these still have miles to go before they can be used in isolation without the use of other services, there’s no denying the fact that Apple seems to have some ambitious plans in the online services sector as well.

Why Apple’s Ecosystem Beats All Others

Besides how well-integrated these key components of the Apple family of products are, there’s one thing that puts Apple above all its competitors. It’s the fact that they control their hardware and software both, a feat that no other tech brand has achieved. This gives them the freedom to tinker with their products as much as they want and control different aspects of their devices in a way that makes the inter-dependence of their gadgets much more seamless. They decide what to add or remove from the hardware and how to supplement that through the software to not just improve user experience in the ecosystem, but also convince more users to immerse themselves into it.

Take the AirPods, for example. The headphone jack might have been a controversial removal from the iPhone, but Apple still went ahead with it to make the AirPods an important part of the ecosystem by the time of its release. Despite the fact that everyone and their mother came at Apple for this decision, it’s fast become the new normal and other brands are only now catching up.

Now I can’t imagine having to go back to wired headphones at all. Actually, I don’t think I’ve seen mine since I bought my new iPhone—who even knows where they are?

What makes Apple remain at the top is that they’re always willing to take the risk to mess around with their products in an effort to create something better. And I think that’s something that makes Apple users tend to stick to Apple; because even while there might be bumps along the way, we know that at the end it’s better to stick around and see what they have in store.

Are you fully immersed yet or are you just testing the waters? And what do you think about the other so-called “ecosystems”? Share your thoughts below!