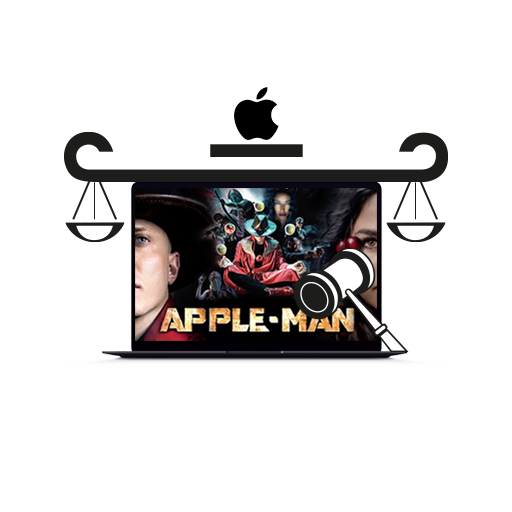 Apple vs Apple-Man: Tech Giant Sues Indie Filmmaker for Making a Film on Apple (the Fruit)

If you thought Apple lawsuits were toning down, here’s some bizarre news for you. Recently, Apple decided it would be a good decision to sue Ukrainian director Vasyl Moskalenko for his upcoming comedy film Apple-Man.

The reason? Apple thinks consumers might think that the movie is, in some way or another, “associated with, or approved, endorsed, or provided by Apple”.

Indie film director Moskalenko, Apple-Man‘s writer and director, said that the film has absolutely no reference or mention of any Apple product. Apple-Man is a satire comedy film that follows the events of a protagonist who can apparently levitate apples (we’re not kidding). The director had crowdfunded the movie and raised €101,717 pledges (approximately ₹86 lakhs).

As you can imagine, Moskalenko’s pretty bummed about the whole lawsuit.

“It actually looks like trademark bullying. I still hope this situation is just a misunderstanding. I am open to negotiations and hope we can resolve this dispute,“ the filmmaker told iPhone in Canada.

The Ukrainian Indie film, already approved by the United States Patent and Trademark Office (PTO), gathered its funds through Kickstarter. Moskalenko says that if Apple goes through with the lawsuit, he’ll likely have to spend a huge chunk of the crowdfunded money fighting the case. He also fears his movie will get shelved because of Apple’s 467-page notice.

“I’ll have to spend almost all my Kickstarter money on litigation. […] If my registration would be denied, there are no guarantees that Apple wouldn’t demand to delete my film after its release,” he said.

Watch Moskalenko explain the whole thing and make his case in a YouTube video below:

This adds to the long list of legal battles the Californian giant is fighting. Apple had earlier sued Swatch, a Swiss watchmaking company, over their tagline ‘Tick different’ (rings a bell?). Well, whatever be the case, this is a dangerous, ridiculous, and epic game (get it?) of lawsuits that Apple’s playing. Don’t ya think?