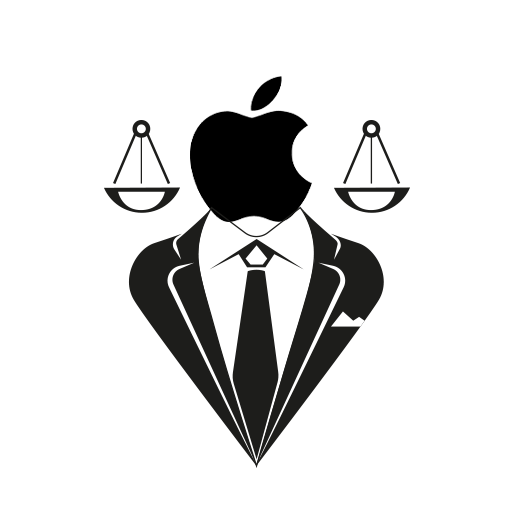 Where do we start with this one? Name a country where Apple sells, and you’ll likely find an Apple court case registered there. The company has fought over patent infringements, defended class-action lawsuits, and went against individuals and businesses. Non-profits organisations, governments, and justice departments are on the list of Apple court cases too!

The docket of Apple lawsuit history is a pretty fat one. And we can only cover so much in one article. So, we’ve picked out two instances where Apple was sued and two where Apple sued. Enjoy the read!

Epic Games’ Fortnite is a fairly new entry that Apple’s going up against in court. If you didn’t know, Apple charges a 30% commission from app revenue on its App Store. In an app update, Fornite attempted to bypass Apple’s payment systems by adding a feature that allowed users to make direct purchases. Of course, Apple delisted Fortnite, and Fortnite filed a lawsuit alleging Apple to be a monopolist. Judge Gonzalez Rogers ruled out all the allegations except one — the court found Apple’s App Store policy anti-competitive.

That’s why the verdict included an injunction to allow third-party payments in the App Store. Naturally, the tech giant appealed for a delay. And the court accepted! Rumours are that Fortnite has returned to iOS through a workaround for those dedicated enough. But you won’t find it on the App Store. Instead, you’ll have to look for the game’s beta version through cloud gaming.

Telecom tech-firm Optis Wireless Technology has been chasing Apple with infringement lawsuits and is not the kind that backs off easily. After losing a US$506.2 million trial in August 2020, Apple challenged the East Texas court’s verdict as tainted and got the compensation waived off. But Optis ain’t giving up yet. Last year, Optis Cellular (and not Optis Wireless) slammed a $7 billion lawsuit on the tech giant. This time in the UK!

The UK Supreme Court ruled Apple as an “unwilling” patent licensee and that it should pay for all of its iPhone patents worldwide. Apple will be in court again in July year for the payout rate. But if the sum is “commercially unacceptable”, Apple threatens to quit the UK market altogether. If that happens, this entry in the Apple lawsuit history will be quite a mark of legal things going south for the company.

Apple once filed a lawsuit against a start-up for its Pear-shaped logo, claiming similarities with the Apple logo to mislead consumers. Prepear, a five-man company that deals in cooking recipes, had to turn to social media for help with a petition to raise awareness (and funds) for its fight against Apple. Apparently, Apple also opposed musical acts from obtaining trademarks — one called Candy Apple Blue, and the other Franki Pineapple!

And there’s more. Way back in 2012, Apple raised a complaint against a polish grocery website called A.pl, accusing the site of piggybacking on Apple’s reputation to increase its customer base. I keep thinking about what could have gotten on Apple’s nerves — was it that Poland’s domain extension happens to be .pl and the company is named A? Or could it be the ‘green apple with a leaf’ logo of fresh24.pl, another website that the same company owns? The website in discussion continues to use the domain and the logo, so what really happened to that complaint? Baffles me!

No Right to Repair

In 2017, Norwegian customs agents seized a shipment containing 63 iPhone 6 and 6S screens, addressed to a small repair shop in Ski. Apple sent a notice asking the owner Henrik Huseby to pay $3,566 along with an acceptance of unlawful practices; Huesby denied saying that the parts he ordered were refurbished and never advertised as the original. Apple sued him but lost the counterfeit case. However, Apple wouldn’t let go so easily. It appealed the decision, and the second ruling was in Apple’s favour.

Huseby was ordered to destroy all the iPhones he had repaired and pay Apple its legal costs of about $12,000! Why did a trillion-dollar company go after a tiny business all the way in Norway? Conspiracy theorists would jump on the opportunity and say that this is Apple’s attempt to strengthen its campaign against the Right to Repair bill. And you know what? A part of me agrees.

The list of Apple court cases is a long, long one. The company recently filed a lawsuit against Apple-Man, a superhero Indie film about apples; Ericsson is back with yet another patent infringement case; a low profile Israeli firm, QuaDream, is exploiting the flaws in iPhones; and the Competition Commission of India has hit the company with an antitrust investigation. Not to mention the sheer number of class-action lawsuits filed against the company worldwide! If things keep going as they are right now, maybe I will return with another article on more of these court cases. Until then, be careful while using anything that could be remotely related to Apple’s trademarks!