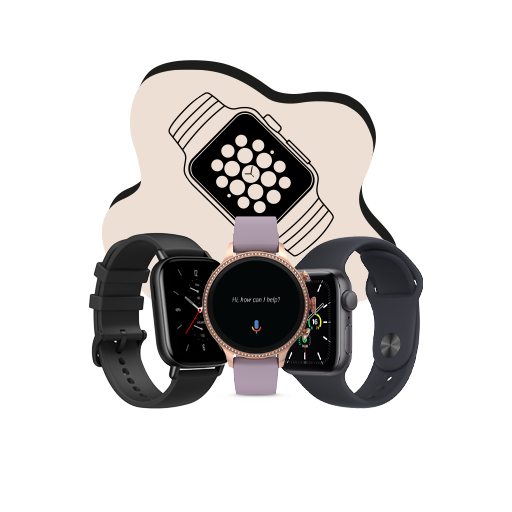 Unsure About the Series 7? Here Are Some Good Apple Watch Alternatives

After a rather unconventional launch of the Apple Watch Series 7 at the tech giant’s fall event, the company took a good month or so to give us the latest wearable smart device. The latest Apple Watch is available at a starting price of ₹41,900, which may be a deal-breaker for a few. Plus, the Series 7 doesn’t come with fast charging in India for now, which might dissuade those who actually wanted it. So, if you do not want Apple’s current wearable series, here are four Apple Watch alternatives you can look at apart from the Series 7.

The best part about the Apple Watch is how easily it connects to the iPhone. Like all other devices made by Apple, the Watch integrates itself brilliantly with the entire ecosystem. Still, regardless of the benefits the tech giant’s own products bring, certain competing companies can rival the Apple Watch. Here are four Apple Watch alternatives you can buy instead of the Series 7.

The Amazfit GTS 2 is a powerhouse of a device, and in contrast with the Apple Watch Series 7 that doesn’t support fast charging in India, this smartwatch’s near seven-day battery life will save you from recharging every day. Furthermore, the GTS 2 has 90 sport modes, including several outdoor and indoor activities.

The Amazfit has a brilliant AMOLED display and a healthy 3GB of onboard memory to download music that can be played via Bluetooth compatible headphones, including AirPods. GTS 2 packs an in-built Alexa voice assistant and even gets sleep monitoring sensors. You can also answer calls and measure blood oxygen and stress levels.

The Amazfit GTS 2 is available at a 31% discount. You can get yours here.

Fitbit Versa 3 has a brilliant always-on display along with a whole set of sensors to monitor health and workouts. This Apple Watch alternative is capable of recording heart rates 24/7. You can also set personalised reminders to stay on track with your sleep schedule or when it’s time for a particular activity.

The Versa 3 is water-resistant and swim proof. The smartwatch is also equipped with fast charging that promises a day’s battery life in about 12 minutes. The Do Not Disturb mode on Fitbit’s Versa 3 allows you to mute notifications instantly.

The Fitbit Versa 3 is currently available at around a thousand bucks off. You can get yours here.

This beautifully crafted Apple Watch competitor has a blood oxygen sensor and heart rate monitoring system. Fossil has given the Gen 6 fast charging capabilities to power up the device from 0 to 80% in just 30 minutes. Also, there are a lot of customisation options you can choose for the watch face.

There can’t be a list of Apple Watch alternatives to the Series 7 without another Apple Watch option. Of course, an Apple Watch is the best smartwatch option for iOS as it can make use of the entire ecosystem, besides offering sync and unlock features limited to Apple devices. Therefore, the Apple Watch SE makes our list of smartwatches you can purchase instead of the Series 7.

Due to the attractive starting price, you can easily choose the Watch SE over the Series 7 as a debut device in the world of Apple smartwatches. Unlike Apple’s latest model, the SE has a smaller screen and misses out on the always-on display. Despite being an older generation model, the SE still gets the best of Apple’s health and wellness features. However, the Blood Oxygen app and the ECG app aren’t a part of the SE.

The SE has a ₹5,000 discount right now, so you’re getting it at a pretty decent price. Get it here.

Apart from the Apple Watch Series that gets a pre-installed iOS app, all other Apple Watch alternatives mentioned above require an app to carry on connectivity and functionality on iOS, which can be downloaded from the App Store. Do you use any other smartwatch that didn’t make it to our list?

Disclaimer: Just so you know, Applesutra might earn a small commission from anything bought via the Amazon links in our articles. Nevertheless, you can trust that our recommendations will always be genuine. We never recommend products we don’t like!