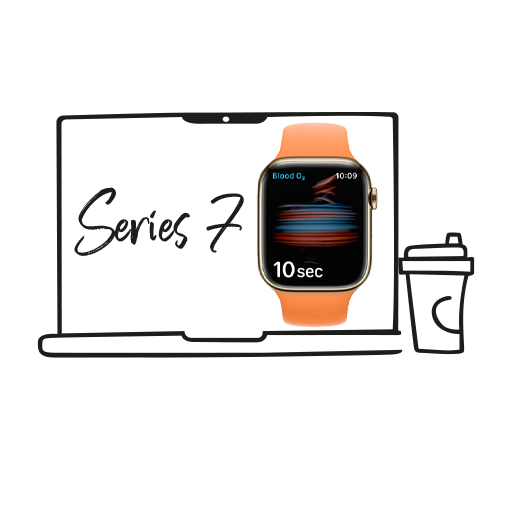 We Finally Have the Pricing & Availability Deets for the Apple Watch Series 7: Here’s All You Should Know

After Apple’s fall event and a string of product launches, one particular product that had me scratching my head was the Watch Series 7. After a rather confusing reveal of the latest Apple Watch, Tim Cook and his company have finally been accommodating by announcing the availability details. Read on to find out the Apple Watch Series 7 price in India and if this year’s Apple Watch is worth the upgrade.

The latest Apple Watch is all set to be available in stores from the 15th of October, and the tech giant will start accepting orders from the 8th of October. The big-screen smartwatch in India debuted alongside the iPhone 13 series and iPad 9 and mini models earlier last month.

The Apple Watch Series 7 price in India starts at ₹41,900 for the base 41mm GPS-only model. However, Flipkart had listed the entire model lineup on their website. As per the e-commerce company, the 41mm GPS+Cellular model will retail for ₹50,900. The 45mm big screen smartwatch in India will begin at ₹44,900 for the GPS iteration and ₹53,900 for the GPS+Cellular variant. These prices are for the Aluminium-finish Apple Watch models that’ll be available in five new colour options, Green, Blue, Product Red, Starlight, and Midnight.

The latest Apple Watch will come in Stainless Steel and Titanium cases as well. Both models will be available in a standard GPS+Cellular option. For the Stainless Steel model, you’ll have to shell out ₹69,900 for the 41mm variant and ₹73,900 for the larger 45mm display. Prices for the top-of-the-line Titanium Apple Watch aren’t listed yet, and we might only know them after 8th October. Also, the Watch Series 7 will come pre-installed with Apple’s latest watchOS 8.

Should You Upgrade? A Look at Apple Watch Series 7 vs. Series 6

Ek saal mein kitna bada hogaya hai… A typical line we’ve all heard multiple times since childhood, and this applies to the Apple Watch as well. Year over year, the tech giant has been increasing the screen size. Though Series 5 and 6 had identical display sizes, the Watch Series 7 has a bigger screen by 1mm. Series 6 started at ₹40,900, which makes me question if 1mm is worth a thousand bucks more. Nonetheless, the larger display will definitely be useful for typing on the Watch Series 7, and overall the Watch Faces will appear more pronounced.

As far as health and fitness tech is considered, there are no new revolutionary sensors in the latest model compared to its predecessor. In terms of performance, the newer model is equipped with an S7 chip that offers a marginal bump over the S6 but nothing too exceptional. However, the S7 will help in generating better battery performance. Also, the Apple Watch Series 7 supports faster charging that goes up to 80% in about 45 minutes, a healthy 33% faster than the Series 6.

It’s easy to identify the Series 7 on the design front, what with the larger near bezel-less display. Moreover, the edges are softer with more rounded corners. Apple claims the always-on display on the Watch Series 7 is 70% brighter indoors than the S6. Furthermore, the Apple Watch Series 7 is more durable than the Series 6 with a stronger crack-resistant glass. The latest Apple Watch is rated IPX6 for further resistance towards water and dust, thus enhancing endurance levels.

Since there isn’t much difference between the Watch Series 6 and the latest model, you can skip the upgrade if you already have the former. The only influential factor is in the display size. If you’re happy with your 40 or 44mm case size, you may not experience any significant changes in the Watch Series 7. However, suppose you still do not have an Apple Watch or are using an older generation model like me, you might want to make the upgrade. It’s a good time to get the larger displays, ECG app, Blood Oxygen Monitor, faster charging, crack resistance screen, and iP6X ratings.

Now that you know the availability and Apple Watch Series 7 price in India, will you be upgrading? Let us know in the comments below.