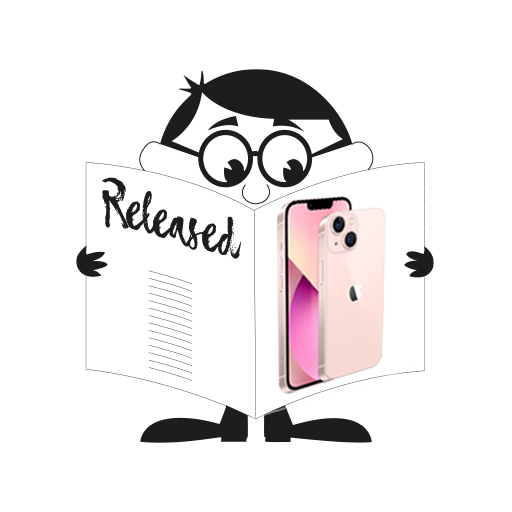 So… the iPhone 13 series release. Honestly, we weren’t expecting much, but we’d been expecting something. With the hype leading to the event, you’d think Apple would do more than merely fulfil its yearly duty to release a new iPhone.

Still, the yearly ritual has now been completed and we have a new iPhone (metaphorically) in our hands. Whether you’ve decided you’ve got to have the new Apple iPhone or if you’re still making up your mind, we’re here to bring you all the facts. Let’s get into it.

The Design and Display

Let’s get directly to it: the ugly notch is still there. If it’s any consolation, it’s 20% smaller. So, you will have a tiny bit more screen space in comparison to the iPhone 12. The rear camera is now positioned diagonally on the iPhone 13 and 13 mini, one of the minor differences over its predecessor. The Pro versions have essentially the same camera layout.

In fact, if we were to put the iPhone 12 and iPhone 13 side-by-side, there’s hardly any noticeable difference apart from the rear camera set-up and the slightly smaller notch. As for colours, Apple is offering the new generation of iPhone in five shades: Pink, Blue, Midnight, Starlight, and (Product)™Red. A moment of silence to the gorgeous purple colour that had featured on the iPhone 12.

The latest iPhones got the brighter Super Retina XDR display, which will offer a brighter display over the iPhone 12. So there’s that, at least. The only thing that’s particularly worth mentioning in terms of display comes exclusively to the Pro models, where Apple has added a ProMotion display. Yes, Apple has finally introduced the 120Hz refresh rate to its flagship smartphones, making the gap between its lower-level models and Pro models a bit bigger.

Personally, I think this bodes well for those of us already anticipating future iPhones. I’m sure everyone who notices these tiny details would love this improved refresh rate on even the base models!

With the latest A15 Bionic processor, the 13 series will undoubtedly provide better performance than its predecessor and a longer battery. Apple has promised up to 17, 19, 22, and 28 hours on its 13 mini, 13, 13 Pro, and 13 Pro Max models respectively. And yes, all of them are 5G-capable.

As for storage, all iPhone 13 models have a base capacity of 128GB. And perhaps the biggest update this time around? The company has added a maximum storage capacity of 1TB to its Pro models. Sadly, the 13 and 13 mini still max out at 512GB.

Something that Apple really emphasised during the keynote was the camera features coming with the iPhone 13, and we have to say they were pretty cool. The 13 and 13 mini only got minor upgrades, now sporting an ultrawide sensor that lets in 47% more light and sensor shift optical image stabilisation which was previously exclusive to the 12 Pro Max.

However, the Pro models received the complete treatment. Of course, the higher-end models already had an extra telephoto lens, which in the 13 series comes with 3x optical zoom. What’s more, Apple has brought Night Mode to all the models. So, now, iPhone photographers can enjoy quality photos under every kind of lighting.

The Cupertino company also highlighted Cinematic Mode throughout the keynote. The feature is coming to all four models, enabling dynamic focus shift according to the subject of the video. Additionally, Apple is bringing the ProRes format for shooting videos to the 13 Pro and Pro Max, allowing professional-quality editing that will make filmmakers on a budget very happy.

So, yes, you could say that the new iPhone upgrade is primarily for camera lovers and those upgrading from models lower than the 12. And I don’t know about you, but I’d rather wait for the next device to get a proper upgrade or just buy the iPhone 12 at reduced prices.

So, with all the cards on the table now, will you be hopping onto the iPhone 13 series release train? Talk to us in the comments!

The Apple Event Aftermath: Is Getting the New Apple Device Worth It?

14 Sept Highlights: The California Streaming Event Had Us Screaming (in Frustration)

The Veiled Unveiling of the Apple Watch Series 7