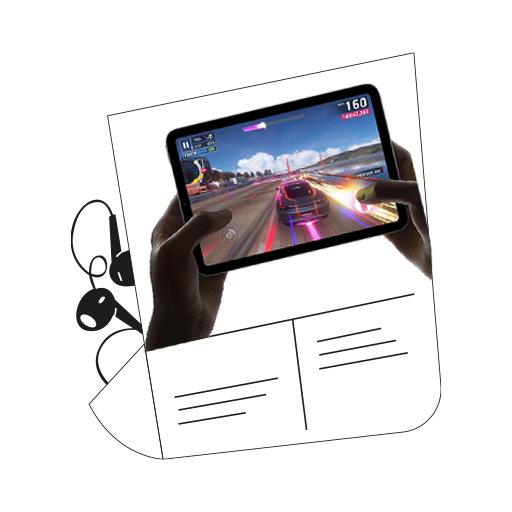 The iPad and iPad mini release are just what Apple needs to further secure its footing in the tablet market. On September 14, Apple’s California Streaming witnessed not one iPad launch but two. Both iPad versions come with an array of new features that could lure customers into purchasing them.

While Apple’s 9th generation entry-level iPad receives tiny but key enhancements, the iPad mini 6 witnessed the biggest redesign yet. The mini will excite buyers looking for a small and handy iPad device. Still, we don’t call the iPad 9 the best beginner tablet for nothing; it’ll undoubtedly gather more sales due to its lower starting price. Here’s a quick introduction to both the new iPads.

The iPad 9 retains Apple’s tried and tested design and carries forward the traditional (and much-loved) Home Button with a Touch ID sensor. The 10.2-inch device now supports a TrueTone display that adjusts the screen’s colour temperature based on ambient lighting. Another fabulous addition to the iPad 9 is the 12MP ultra-wide front camera that supports Centre Stage. The feature automatically adjusts the camera to focus on you as you move around during a video call. The Centre Stage feature also makes alterations to accommodate more people during a conference call or while capturing selfies.

However, Apple has retained the same 8MP rear camera on the new iPad from its previous model. Furthermore, the latest 9th generation model is now the only iPad that has a lightning connector. All other models, including the newest iPad mini 6, have transitioned to USB-C. Also unlike its siblings, the iPad 9 is now the only model with the Apple Pencil in its 1st generation. All other models support the 2nd generation variant.

As reported earlier, the iPad 9 is powered by Apple’s A13 Bionic chipset that promises an increase of 20% in performance figures compared to iPad 8. Apple says the latest Neural Engine is capable of faster machine learning capabilities, like the live translation feature that’ll come with iPadOS 15. The company also claims the device will support an all-day battery life. We will put it to test once we have the device at our HQ.

Apple has started accepting orders for the iPad 9 through its online store, and the website claims the device will ship by the end of the month. The new iPad 9 is available in two colour options, Silver and Space Grey, and the base model comes with 64GB of internal storage. Prices start at ₹30,900 for the 64GB variant with WiFi connectivity and ₹42,900 if you wish to add cellular connectivity. Apple has also replaced the earlier 10.2-inch iPad’s 128GB storage options with a healthier 256GB variant. The 256B WiFi-only device costs ₹44,900 and the one with cellular connectivity will set you back by ₹56,900.

If you asked us to choose between the iPad and the iPad mini release for our favourite, the mini would win hands-down. The mini has received a maxi change over its previous generation model. Keeping in line with all the other iPads in the market apart from the entry-level model, the iPad mini 6 has received the full-screen treatment. The display size stands at 8.3-inches in comparison to the previous model’s 7.9-inch screen. The ultra-wide 12MP selfie camera is a welcome addition to the latest iPad mini, and Apple has also thrown in support for Centre Stage.

The rear camera setup now sports a lens similar to the iPad Air 4, with additional Quad-LED True Tone Flash. The small tablet can record videos in 4K and click images in Smart HDR 3 format. The latest iPad mini’s charging capabilities come via a USB-C port, and the newest addition also opens avenues to connect accessories via the universal dock. Users will be able to write and draw using the Apple Pencil. Since the mini 6 is compatible with the 2nd generation model, you can use the on-device magnetic attachment and charging facility of the Apple Pencil.

We’d like Apple to introduce a Magic or a Folio keyboard for the iPad mini 6, but third-party developers will fulfil our needs for now. Apple has installed the latest A15 Bionic processor in the iPad mini that’ll also do duty on the iPhone 13 series, so we can expect much in terms of performance from the dwarf iPad. Also due to the new chipset, the iPad mini now supports 5G connectivity. Nonetheless, it’ll be put through intense testing soon by experts to give you a comprehensive report. Stay tuned!

The latest iPad mini is available in four colours and two storage options. You can order the iPad mini 6 in the shade of Purple, Space Grey, Pink, or Starlight and choose between an entry-level 64GB or a top-of-the-line 256GB storage option. Apple has also given the option to choose between a WiFi-only or a WiFi + Cellular (5G) variant. Like the iPad 9, the mini device can be ordered right away, and the company will ship it towards the end of the month.

With the iPad and iPad mini release, Apple is sure to continue its dominance in the tablet industry. Still, it would’ve been nice if Apple had given the iPad 9 a better set of rear cameras, and the mini could have been the best iPad value yet if it got a keyboard made by Apple. Nonetheless, both the devices look extremely promising on paper, and only a physical assessment will help us get a better idea of what each of these devices is capable of. Until then, let us know which of these new iPads you are purchasing in the comments below.