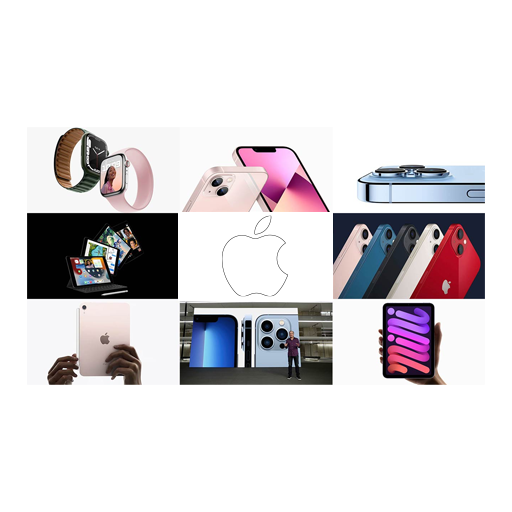 14 Sept Highlights: The California Streaming Event Had Us Screaming (in Frustration)

Apple’s latest special event started with a band of energetic musicians and had us all prepped for some mind-blowing announcements. Once Tim Cook took the stage, we were, quite reasonably in our opinion, enthusiastic about the upcoming Apple products. Sadly, the actual event did not turn out to be all that dynamic. Still, even if the wow factor was missing, the event introduced us to a whole bunch of new products. Here are the highlights of Apple’s California Streaming event and all the latest products from the tech giant.

Yesterday, the company unveiled the iPhone 13 series with an upgraded processor, new colours, and more features. The latest iPhone 2021 series comprises four models: the 13 mini, 13, 13 Pro, and 13 Pro Max. First, let’s talk about the iPhone 13 and 13 mini, which will probably be the highest selling devices for Apple.

Both the regular iPhone 13 and the 13 mini have a distinct visual appearance over its predecessor. Notable changes come in a diagonal rear camera setup and a slightly smaller notch, as we’d expected. There are five new colours to choose from: Pink, Blue, Midnight, Starlight, and (Product)™Red. The Pink and Blue seem to have nice subtle shades, but I’ll reserve comments until after physically seeing the devices. The Midnight and Starlight shades are essentially black and white, and I thank Apple for bringing back the darker (Product)™Red shade. The one on the iPhone 12 was more like a shade of orange.

The iPhone 13 and mini have received camera upgrades for better 4K video recording, night vision, and portrait shots in terms of features. The company emphasized the Cinematic Mode for video recording throughout the event, which will be part of the entire iPhone 13 line-up.

The latest iPhones got the brighter Super Retina XDR display (but missed the 120Hz refresh rate we’ll talk about in a little bit). Apple says that due to the A15 Bionic processor, the 13 series will be faster and have better battery life. The 13 mini promises 1.5 hours of more power over the 12 mini, and the 13 is expected to last for a good 2.5 hours more than its predecessor. Apple has also taken forward the 5G hype with the 13 series.

The Pro models might have been the biggest upgrade due to the ProMotion display technology. Finally, Apple has enabled a 120Hz refresh rate on their flagship smartphones, which will certainly set the Pro models apart from the other versions. Also, as always, the Pro models boast better camera quality due to an extra lens. All the goodies from the iPhone 12 Pro models have also been carried over, like the LiDAR sensor, stainless steel frame, and MagSafe charging capabilities.

The biggest highlight of the Watch Series 7 is the presence of an edge-to-edge display. However, the Series 7 retains Apple’s rounded design elements. We’d expected the next generation models to have a flatter screen and sharper edges to complement Apple’s latest design philosophy. Nevertheless, the company has increased the screen size, and the Watch Series 7 can now fit 50% more text on the screen than its earlier models.

Another inclusion is a full-fledged keyboard that supports swipe gesture typing. Not sure if anyone actually sends a text or an email using the Watch, but Apple has given the provision. The Watch Series 7 promises a full-day battery life and faster charging due to a new USB-C enabled charger. In terms of health features, Apple’s latest smartwatch also has a new cycling mode that can accurately measure distance, speed, and burnt calories. The latest model is offered in four new aluminium case colours and, though the screen is bigger, the Watch 7 can support bands provided with the previous generation models. According to the company, prices for the Watch Series 7 will be unveiled “later this fall”.

We’d reported that we might see the iPad 9 this year, but it still came as a surprise! Apple’s entry-level tablet has come in a new avatar. Despite Apple’s transition towards full-screen iPads, the 9th generation of its most affordable device retains the traditional Home Button with Touch ID sensor. The 10.2-inch display now supports True Tone technology and comes with a 12MP Centre Stage-equipped front camera. The rear camera is still an 8MP unit.

Performance on the iPad 9 has received a boost up thanks to the A13 Bionic processor. Apple has given the iPad 9 support for the 1st generation Apple Pencil and the Smart Folio keyboard cover. The entry-level variant now offers 64GB of storage, compared to the mere 32GB offered with its predecessor. Prices start at ₹30,900/- for the 64GB WiFi-only model and ₹42,900/- for the cellular variant. You can order the iPad 9 today, and Apple will ship it by the end of the month.

One product that really grabbed eyeballs at Apple’s California Streaming event was the iPad mini 6. The latest iPad mini has received the full-screen treatment. Like its elder cousin, the iPad Air, the mini is equipped with a Touch ID sensor on the Power button. The new mini device is installed with the same A15 Bionic processor that’ll do duty on the iPhone 13 series.

You can expect great performance due to the upgraded chipset, and the iPad mini 6 will support 5G connectivity. The new processor will enhance its battery life, and Apple promises an all-day power backup for the mini-tablet. The 8.3-inch Liquid Retina screen has a Wide Colour (P3) and True Tone display technology. Also, the iPad mini 2021 supports the 2nd generation Apple Pencil and replaces the lightning connector with a modern USB-C unit. Prices start at ₹46,900/- for the 64GB WiFi model and ₹60,900/- for the one with cellular connectivity. Like the iPad 9, you can order the device right away, and Apple will ship it towards the end of the month.

Beyond the New Products

Apart from the cool (enough) new gadgets, Apple also showcased upcoming titles coming to their TV+ platform. It included a list of forthcoming movies and series that’ll star celebrities and promises binge-worthy content. A new array of Fitness+ regimes were also shared, but Apple’s workout module is still unavailable in India even though it will soon be available in more countries than before.

One thing we had been expecting but didn’t see at the California Streaming event was the next generation of AirPods. We are expecting another fall event, however, so Apple may launch it this year after all. Did any of these new launches from Apple catch your eye? Talk to us in the comments! And keep an eye out for a full-blown analysis of Apple’s latest products.