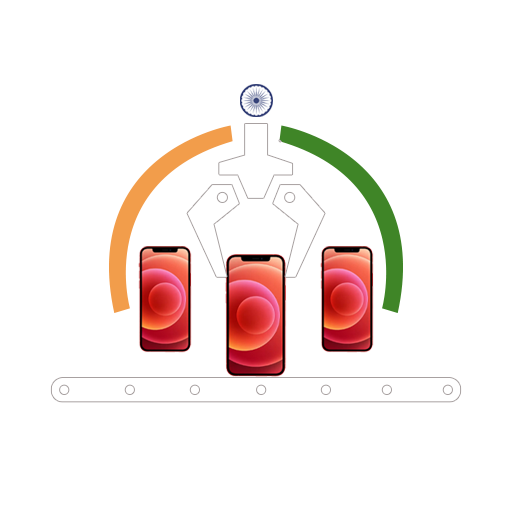 Coming Soon: A Cheaper and Made in India iPhone 12!

In a piece of news that qualifies as ‘fabulous’ for us, Apple has decided to shift production from China, one of its biggest production markets. This might mean that Apple will start producing the iPhone 12 series in India itself, relieving customers of the heavy import-export taxation that was bumping up the price so much. Simply put, the next iPhone 12 you own could very well be cheaper AND ‘Made in India’ itself!

Evidently a move to accelerate product diversification, the shift of production could very well be the result of the growing trade tensions between the United States and China. Nevertheless, Apple’s production shift means that the manufacturers will be looking at alternate options, reportedly other Southeast Asian countries.

After the likes of iPhone 6s, 7, XR, SE 2020 and iPhone 11, next on the list to be produced and manufactured in India is the iPhone 12. Currently assembling at Foxconn, Chennai, iPhone 12 produced in India will be cheaper and will also promote the Indian motto for self-reliance – Atmanirbhar Bharat.

Other than India, manufacturers moving out of China and other Southeast Asian countries have Vietnam on their lists. Apple is shifting the production base for products like earphones, smart speakers, and computers. It is also particular about increasing the production of its affordable voice-activated smart speaker – HomePod Mini – which is already being produced in Vietnam since its launch. Apart from those, Macs and AirPods productions might also land up in Vietnam, while Mac Mini gets sent to Malaysia.

Can ‘Made in India’ iPhone 12 be cheaper?

This should come as something very obvious, but the Indian-made iPhone 12 is likely to be significantly cheaper. Bypassing the huge import-export tax duties that were paid for iPhones coming from China, the locally made iPhone 12 should cost much less in the Indian market. However, if Apple decides to go for a dik-move by not reducing the cost by any margin, that’s not on us.

The current iPhone 12 lineup contains four new phones, including a mini model. However, at this point it is too early to estimate whether or not Apple will be manufacturing all four – iPhone 12, iPhone 12 mini, iPhone 12 Pro, and iPhone 12 Pro Max – models in India. But as far as iPhone 12 and 12 mini productions are concerned, they’re right on schedule at their Chennai factories and might be announced somewhen in the mid-2021. We’ll keep you posted.

Amid the anti-China sentiment growing in India, locally produced premium smartphones are expected to perform very well. And with the current scorestreak and over-the-par quarter performances, nothing can be estimated about the Californian giant. But will the iPhone 12 cost significantly less? Or will it just be symbolically cheaper? Let us know your thoughts in the comments below.