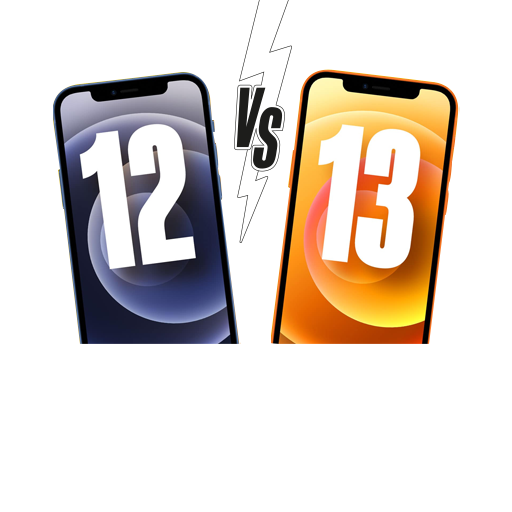 The Apple Event Aftermath: Is Getting the New Apple Device Worth It?

Hello and welcome to the aftermath of a (not very) packed Apple event. I’m sure that you, like us, had been expecting much from Apple Park when Tim Cook took the stage. Unfortunately, many Apple fans saw only disappointment this fall event, as the only remarkable thing was perhaps the hype surrounding it and the cool transitions. We didn’t even get the AirPods 3, which many of us expected to see amongst the new Apple devices.

Still, Apple’s released a few new products, and our duty is to help you make the best purchase decisions. So, here we go. Are the new Apple devices worth it in comparison to their predecessors? Let’s compare.

Switching to iPhone 13? No Thanks, Actually

Perhaps the only thing more disappointing for me than not seeing a single purple shade in the line-up was the lack of anything interesting to hold my attention.

Well, on paper, we seem to be getting some upgrades, of course. The new iPhone 13 sports Apple’s latest A15 Bionic chipset, bigger batteries, and better cameras with bigger sensors. The notch is a tiny bit smaller. The base model storage capacity is 128GB at the same starting price its predecessor offered with 64GB. On the other hand, the iPhone 13 also weighs more, most likely thanks to its bigger batteries.

The only thing that might make me upgrade? If I suddenly had a need to shoot pictures and videos exclusively from my phone. I’ve got to say that the camera features look pretty interesting, with bigger sensors to allow more light through and the 12 Pro Max’s sensor shift optical image stabilization feature.

That might be reason enough for some people to switch, of course. In my opinion, it’s completely not worth it. The same can’t be said for the 13 Pro models, however, as those upgrading to the Pro models also have a bigger incentive: ProMotion display. The 120Hz refresh rate promises to bring screen performance that’s smooth like butter. (Though not everyone would even notice it!)

What’s more, the more dramatic camera upgrades are limited to the Pro models. As with the lower-level models, the sensor’s bigger. Apple’s also widened the aperture to f/1.5 and f/1.8 on the main and ultra-wide lenses and increased the zoom to 3x on the telephoto lens. Apple has also brought Night Mode to all three lenses of the 13 Pro cameras.

And finally to seal the deal, for the first time ever, the Pro and Pro Max models of the iPhone 13 offer a maximum storage capacity of 1TB. So, yeah, I’d get it if you wanted to get one of the Pros this year.

As for the iPhone 13 and 13 mini models, well, they’re not very new after all, are they? Still, if you’ve got an X or 11, the 13 might be a nice upgrade to a new Apple device. Or you might be like me and choose to get the iPhone 12 at the reduced prices!

(Another option? If you can wait, the iPhone 14 is shaping up to be very promising indeed.)

I doubt anyone’s ever decided to upgrade to the entry-level Apple iPad. However, it’s undoubtedly the best option for anyone who’s looking to try on their first-ever iPad on a budget. The biggest upgrade the new Apple iPad device can boast over the 8th generation model is the 12MP ultra-wide front camera with Center Stage. No doubt, a huge improvement over the 1.2MP FaceTime HD camera. The rear camera remains the same.

The new generation model also sports the A13 Bionic chip and offers twice the storage capacity. It’s now available from 64GB up to 256GB, an essential update that was a long time coming. Aside from this, not much has changed over the previous generation model but it’s still a nice upgrade. No doubt, if you’re in the market for an affordable tablet, the iPad 9’s the way to go.

The All-New iPad mini 6, Better Than the Air!

By far, our favourite announcement of the evening had been the iPad mini 6. It honestly made the disappointment over the rest of the new Apple devices a bit more bearable. With new upgrades to the mini version of our favourite tablet, it has now overcome the latest iPad Air.

Sure, Apple still doesn’t provide support for a Magic Keyboard or a Smart Folio Keyboard, but that can easily be solved through third-party options. Otherwise, the iPad mini 6 brings us the latest A15 Bionic processor, better than the Air’s A14 and a huge improvement over the previous mini’s A12; a 12MP wide front camera and ultra-wide rear camera; a USB-C connector; 5G capability; 2nd generation Apple Pencil support; and so much more.

Of course, those who want a bigger screen might still opt for the Air or even the Pro, but in my opinion, the compact size of the mini just makes it that much better. Plus, it’s way cheaper than the Air! So, if you’re shopping for a new iPad that’s not a Pro, we’d definitely recommend you get the iPad mini 6, which is tons better than the previous generation and surpasses the latest iPad Air in quite a few areas.

Finally, the Apple Watch Series 7 Was Okay, I Suppose

See, I love the Apple Watch. When Apple started talking about the new Apple Watch in the keynote, I went in expecting something amazing, especially since I was due an upgrade. The rumours had us all thinking we could expect a major redesign, after all. However, instead of flat edges, it turns out the Apple Watch is a little bit curvier, a little bit more sturdy, and according to Apple, 70% brighter than the Series 6.

Not bad, I suppose! Perhaps the biggest upgrade this time around is the thinner bezels, allowing a 20% bigger display size and a full keyboard that allows the user to type directly on their watch. Besides this, well, there’s nothing much to set the Series 7 apart from Series 6, with no new health and fitness features that aren’t coming with watchOS 8 and the same old battery life.

Series 6 users don’t have much to upgrade for this time, unless they really dig the new display features. However, users of previous models might find the upgrade worth it. Still, it might be a longer wait, as Apple hasn’t decided to let us in on when we’d be able to get our hands on one.

And there we have it! A low-down on all the new Apple devices Apple announced during its September 14 keynote event in comparison to the previous generation models. What do you say: Are you buying?