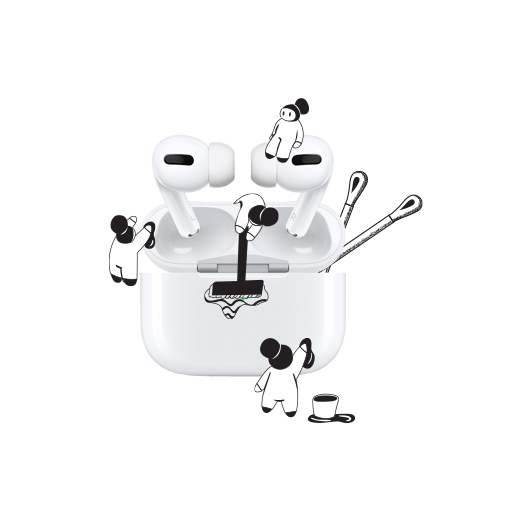 The New AirPods 3 Might Still Make an Appearance: Everything We Know So Far

Apple made a bold move when they removed the usual 3.5mm headphone jack on the iPhone 7. The company instead opted for earphones that connected through the lightning port and launched its own Bluetooth earbuds — the AirPods. While many thought the wireless headphones wouldn’t succeed, Apple proved its stance once the AirPods became the highest-selling wireless headphone.

Apple has been going on with the same design on the regular AirPods since the iPhone 7 days. Nonetheless, the truly wireless headphone that inspired several companies to launch earbuds is now dated. Of course, the Cupertino company launched the AirPods Pro and the AirPods Max later. However, the standard variant of the wireless headphones only received tech updates and a wireless charging compatible case.

Well, word on the street is that the update we were waiting for is finally coming with the new AirPods 3, which we’re expecting to launch by the end of this year. As we are close to the release date of the 3rd generation AirPods, here’s a round-up of everything we know so far.

The latest AirPods are expected to receive a major revamped design. As per sources, the new 2021 AirPods will look similar to the current AirPods Pro. Like the Pro variant, the new AirPods 3 might offer a shorter stem and a flatter case. The change in design may happen to provide a better fit for the regular AirPods. Some users have complained about the AirPods falling off, so a shorter stem should go some way in overcoming these difficulties.

Also, the flatter case similar to the Pro’s will make the new AirPods 3 compact enough to carry around easily. Furthermore, you can expect the 3rd generation AirPods to have improved battery life and enhanced support for Spatial Audio and Dolby Atmos sound that Apple recently launched. However, due to the absence of a silicone tip, the next-generation AirPods may not support Active Noise Cancellation. It looks like Apple wants to reserve the ANC support for Pro and Max models.

Another improvement that could make its way on the new AirPods 2021 are better microphones. Apple has teased a particular Conversation Boost Mode with AirPods Pro beta firmware. Despite the revised design on the 3rd generation AirPods’ case, we aren’t sure if Apple may launch a single model with wireless charging enabled or offer two variants like the current generation AirPods.

The new AirPods 3 is expected to launch by the end of this year, perhaps alongside the upcoming Apple Watch Series 7 announced at the Apple Event this month. As per a report, Apple may have begun shipping circuit boards. So, there is a strong chance that the latest AirPods might see the light of the day by the end of 2021. We’re also expecting (hoping) that Apple will price the 3rd generation AirPods similar to the 2nd generation.