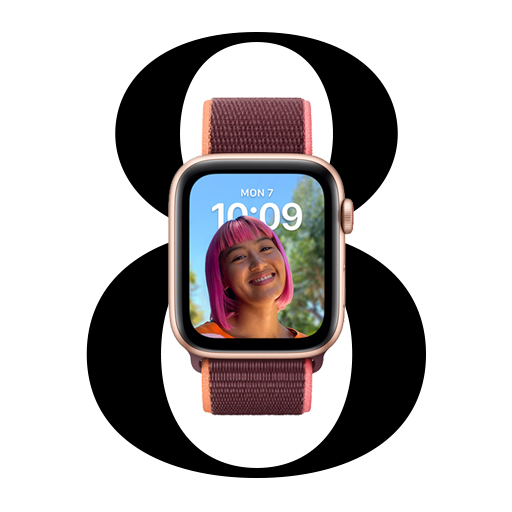 Just last week, Apple unveiled the Apple Watch Series 7. The details, however, like when it will launch, its specs… well, we’re still a little in the dark on that. Still, Apple Watch fans now have something to get them by, with the release of the new watchOS 8 upgrade. We’re bringing you some information on what you can expect once you update your Apple Watch.

The Photos app on the watchOS 8 can now display memories from the pictures on your iPhone. The collection of photos are now in a more comfortable mosaic grid for better viewing experience on the Apple Watch. With a few taps, users can also share pictures via Messages and Mail straight from the Watch.

A notable highlight is the inclusion of Portrait photos from your iPhone as watch faces. Once enabled, portrait pictures have a dynamic, multilayered effect that shifts focus as you move around the Watch.

With the right devices for home automation and Apple-certified connectivity, you can control lights, front-door cameras, and lock/unlock features from the Apple Watch. Also, machine learning capabilities help the watch predict and suggest devices you’re most likely to use at a particular time. For example, selecting Movie Time will turn on your TV and Reading Time will switch on the lights. Moreover, the Home app has a unified screen displaying the status of all connected devices, such as upgrades or battery.

I don’t know anyone if sends emails or texts using their Apple Watch, but Apple has enabled improved typing gestures. You can correct typos by guiding the cursor at the correct letter using the Digital Crown and compose texts using dictation, scribble, and Emojis simultaneously. This also probably goes with the upcoming Series 7 watch, which has a bigger display that supports a full keyboard.

With the Contacts App, watchOS 8 users will be able to add or edit contacts that’ll automatically sync with the paired iPhone. Users also have the option to share songs or albums with their contacts.

The Focus Mode coming with all Apple operating systems is making its way to the Apple Watch, with dedicated options for Health and Wellness. For example, you can turn on Mindfulness, Fitness, or Steps modes and enable or disable notifications from all or particular apps. Moreover, the Focus Mode applied on your iPhone, iPad, or Mac will automatically show up on your Watch, and vice versa.

The Breathe app has been rebadged Mindfulness and comes with beautiful animations to help users to relax. All the activities performed under Mindfulness are synced with the Health app to display the total number of Mindful minutes you’ve achieved. Along with the minutes, the Health app also records the heart rate.

With watchOS 8, the Sleep calculator now records the respiratory rate while you’re asleep. A new Trends pane enables you to view the change in sleeping patterns over long periods. Furthermore, a Fall Detection feature can be enabled during workouts, though that’ll come with a later upgrade. New cycling, Tai Chi, and Pilates workout regimes have been introduced to accurately track the new forms of activities.

The Always-On display is not limited to the watch face; users will be able to see Maps, Alarms, or any third-party app always on the screen based on their preferences. The AssistiveTouch feature has been introduced for differently-abled people. watchOS 8 also brings a Hearing Protection feature that displays audio levels to the Control Centre similar to the iPhone and iPad.

With all of the exciting new features coming with Apple’s new operating system, our wait for the Watch Series 7 is a lot more bearable.  If you were wondering, the watchOS 8 upgrade is available on Watch Series 3 and above, though some features are limited to newer models.