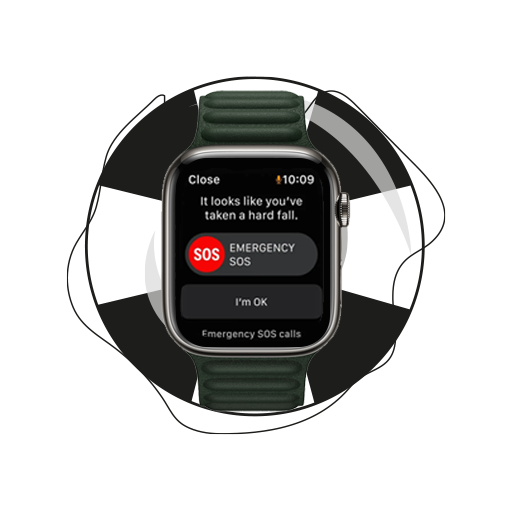 Every now and then, we come across news and articles about how Apple’s wearable technology has helped people in crisis. There’s no denying that the Apple Watch has helped save lives. With every Apple Watch series, the Cupertino tech giant has highlighted various features, including the Emergency SOS feature. Now, Apple is going all out by highlighting the life-saving potential of Apple Watch in their latest advertisement.

Is the Apple Watch Series a Life Saviour?

Though there are certain limitations when it comes to regional emergency services, the company has highlighted Apple Watch’s potential pretty well in their latest marketing initiatives. First, Apple showcased how three people named Amanda, Jason, and Jim could call 911 for help using their Apple Watch.

In the ads, Amanda’s car toppled over, Jason fell into the sea, and Jim took a hard fall. However, they managed to contact emergency services using their Apple Watch and help arrived.

The concept of the ad is to showcase how the Apple Watch helps contact emergency services without reaching for iPhones. Moreover, emergency call services are easily accessible by holding the side button and sliding the bar to place a call. This feature is available with any variant of the Apple Watch, whether that’s the GPS-only model or the LTE one.

However, while the Cellular model can place calls without an iPhone nearby, the GPS-only model requires iPhone or WiFi connectivity.

The iPhone-maker took to YouTube to promote the life-saving stories. The company also took to Twitter to showcase how a man’s life was saved after falling unconscious while riding a bike on a mountain trail. While the man was unconscious, Apple’s device automatically placed an emergency call and Siri spoke about the location and other details.

Apart from emergency calling and fall detection sensors, Apple Watch models are known to save lives by notifying users about underlying health conditions. Similarly, the Apple Watch recently saved a 20-year-old woman during a burglary attack. So, if you’re planning on getting an Apple Watch model with its life-saving potential and all, you now have more reasons to go ahead and break your bank for a smart device that’s kind of a superhero!