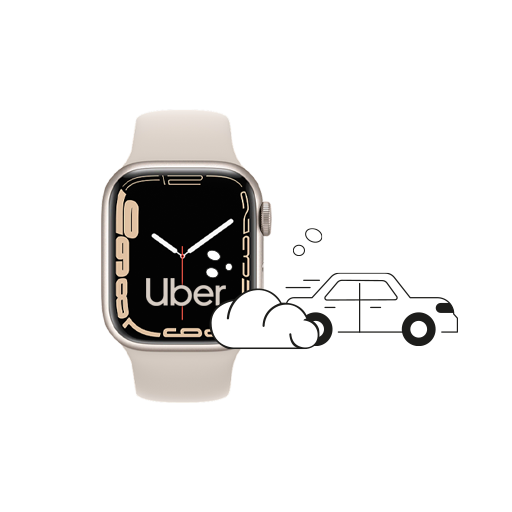 End of Another App: Uber Parks Its Apple Watch Application

Taxi service provider Uber parks its Apple Watch app, joining a growing list of companies to discontinue their apps on Apple’s wearable tech device. While users can still download the Uber app on the Apple Watch App Store, the application opens to a notice to switch to the mobile app.

Sad news for Apple Watch users continues as many tech giants have pulled the plug on their watchOS apps. Twitter, Instagram, Hulu, Lyft, and Evernote, among others, have completely stopped supporting Apple Watch. Now, Uber has removed its Apple Watch app.

Interestingly, the Uber app took centre stage during the launch of the Apple Watch way back in 2015. The Cupertino tech giant made a point to display how the watchOS benefits users in various ways, including calling for a ride via Uber using the smartwatch app. Apple has worked to improve the SDK on watchOS, but big developers are still refraining from providing supported apps.

Though you can still download and install the Uber app from the App Store, you’ll be greeted by a regretful message on launching it. “We no longer supporting the Apple Watch app,” the poorly-worded notice reads, ending with a tear-face emoji.

Not supporting the Apple Watch app is one thing, but is Uber even unable to support a decent copywriter? Or maybe giving off a “forgotten” sort of feeling was the copywriter’s intention, I don’t know.

Anyway, Uber has also updated its support page with the app’s discontinuation on watchOS, so it’s pretty official.

It’s sad to see the big apps pulling the plug on watchOS, as there’s a lot more to do than viewing notifications and monitoring health with the connectivity Apple Watch offers. Moreover, with the LTE version, you can use your Apple Watch even if you’re away from your iPhone. So, better integration of apps is something Apple really needs to focus on to retain both app makers and users on its product. What do you think of Uber parking its Apple Watch app? Did anyone actually ever use it?