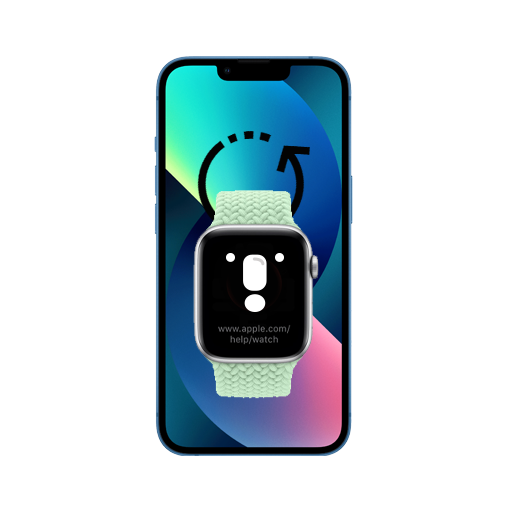 The Red “!”: How to Restore Your Apple Watch Firmware With an iPhone

The dreaded red exclamation mark on the Apple Watch means that you can no longer use your smartwatch without restoring or updating it. Earlier, if you had an issue with your Apple Watch, you had to take it to the Apple Hospital (read Apple Service Centre) as there was no other way to restore the firmware on an Apple Watch. Whenever such an issue arises on any other Apple device, say, iPhone or iPad, you could connect it to a Mac or via iTunes on a Windows PC to restore it. Thankfully, with the iOS 15.4 and watchOS 8.5 updates, you can now restore the firmware on your watch from a nearby iPhone.

How to Restore Apple Watch Firmware

The much-awaited iOS 15.4 is finally here, alongside iPadOS 15.4, macOS Monterey 12.3, and watchOS 8.5. And the updates bring some pretty interesting features. This includes the ability to restore the Apple Watch firmware via your iPhone. As per an update to an Apple Support document, you can connect to a nearby iPhone to restore your Apple Watch.

Here’s what you need to do if you see a red exclamation mark on your Apple Watch.

For this feature to work, ensure that your iPhone runs iOS 15.4 and your Apple Watch is updated to watchOS 8.5. If you cannot connect your devices, Apple recommends switching to a 2.4GHz WiFi network rather than a 5GHz connection.

Apple hasn’t specified which Apple Watch generation supports firmware restoration via an iPhone, so let us know if this method works for you. Though we hope you never have to encounter this problem at all, with the latest feature, you could save one trip to an Apple Authorized Service Centre. Have you had to restore your Apple Watch before?