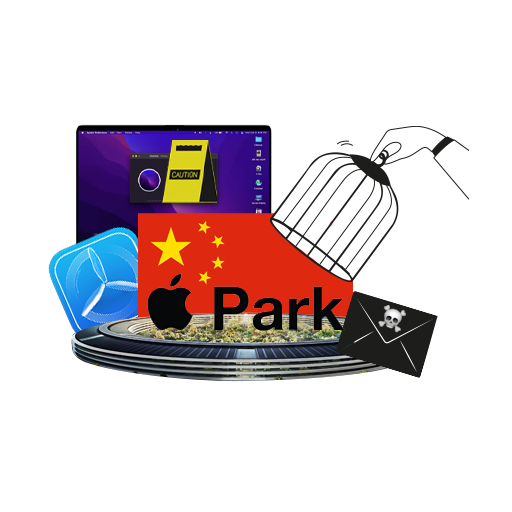 Hello and welcome to this week’s Apple news wrap-up, where we sum up last week’s happenings for you so you don’t have to care about them during the week. This week’s news is pretty important for those of us who like to protect our privacy (and I hope that’s all of us!) so stick around. Read on to find out what happened in Apple news last week and what you might have missed.

Even iPhones have loopholes, and it seems scammers have finally found a way around Apple’s strict app review process on the App Store. Don’t worry, the App Store is as safe as ever. It’s the beta version that’s the weak link. Scammers are apparently distributing malicious apps through Apple’s beta-testing tool TestFlight. Only trust apps and developers you know, folks!

Apple last week released macOS 12.3 to the public, which brought Universal Control, among other features. Apparently, a firmware bug in the update is bricking macs, specifically the 14 & 16-inch MacBook Pros that had their logic boards replaced. This isn’t the first time new updates spelt trouble for mac owners, and it certainly won’t be the last if Apple’s track record is something to go by, so make sure you have a backup before updating your macs. It isn’t a bad idea to check for warnings before updating either.

Employees at Apple’s HQ in Cupertino, called Apple Park, were evacuated last week after an envelope with an unknown white substance was found. According to a report, a portion of the Apple campus was cleared for what was termed as a “possible hazmat situation”. Thankfully, it was nothing serious, though Apple has not released a statement regarding what the substance was.

Lockdown restrictions in Shenzhen, China, have partially lifted, allowing Apple’s iPhone-assembler Foxconn to resume production. This allowance comes under the condition that the employees live and work in a bubble arrangement and adopt a “closed-loop management” system.

Have you subscribed to the Applesutra newsletter yet? Get all the latest Apple news and updates right in your inbox. Opt-in box in the footer below!