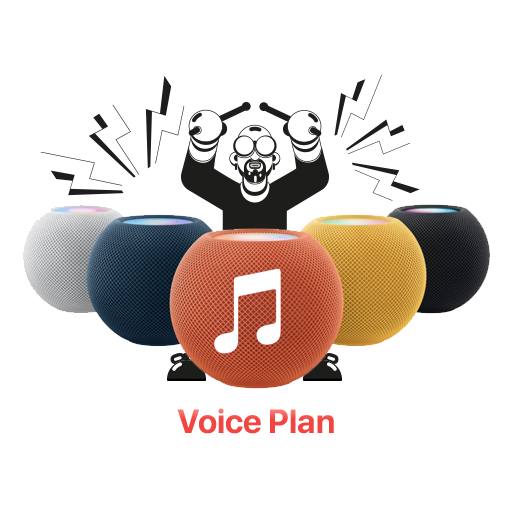 From the beginning of their Unleashed event, Apple was pretty clear that they would be focusing on Music and MacBooks. Alongside the third-generation AirPods and the MacBook Pro 2021, the tech giant introduced a new Apple Music Voice Plan and three new HomePod mini colours. Read on for all the details.

A Shade of Blue, Yellow, and Orange

While we would have liked if Apple had launched an, I don’t know, blue AirPods or any other colour option for that matter, we’ll settle for the new shades of the HomePod mini colours right now. The tech giant has introduced three new colours of Blue, Yellow, and Orange in the HomePod mini. The recently introduced hues are sold alongside the existing Space Grey and White.

Personal opinion? I loved the Blue, not a fan of Yellow, and the Orange makes the HomePod mini look like the fruit Orange. You don’t want Apples mixed with Oranges, right? Anyway, that’s my take, and as they say, “Beauty lies in the eyes of the beholder.”

Apart from the new HomePod mini colours, nothing else has changed. The HomePod mini continues to cost ₹9,900. According to Apple, the new colours are coming later in November. So, if you’ve been considering getting your hands on a HomePod mini, you might want to wait for the new options.

The tech giant has introduced a new subscription plan for Apple Music listeners. The strictly Siri-only subscription lets you listen to unlimited music by summoning Apple’s voice assistant on any of your devices. Mostly, HomePod and HomePod mini users will benefit from the Apple Music Voice Plan. Still, you can also ask Siri to play a particular song or playlist on the iPhone, iPad, or Mac devices. Apple also highlighted that they’re bringing custom mood-based playlists that you can ask for from Siri, such as asking the voice assistant to put on a “dinner playlist” or “to play something chill”.

The new Apple Music Voice Plan will come soon and cost ₹49 per month, the same as the Student Pack. However, you cannot download music if you’re subscribed to Apple Music Voice Plan, nor can you stream music in Dolby Atmos. You also cannot view lyrics, and the full catalogue in Lossless Audio won’t be available.

Meanwhile, all other Apple Music plans automatically enable you to use Siri features without any additional charges. In comparison, Amazon Music has a similar Alexa-enabled music plan which is free but streams with ads.

Still, if you’d like to subscribe to the new Voice Plan, the plan is coming to India “later this fall”, according to Apple. To subscribe, all you’ll need to do is tell Siri: “Hey Siri, start my Apple Music Voice trial.” This “free preview” will be available for seven days with no auto-renewal, after which users can opt to subscribe to the monthly plan.

What’s your take on the new HomePod mini colours and the latest Apple Music Voice Plan? Do let us know in the comments below.