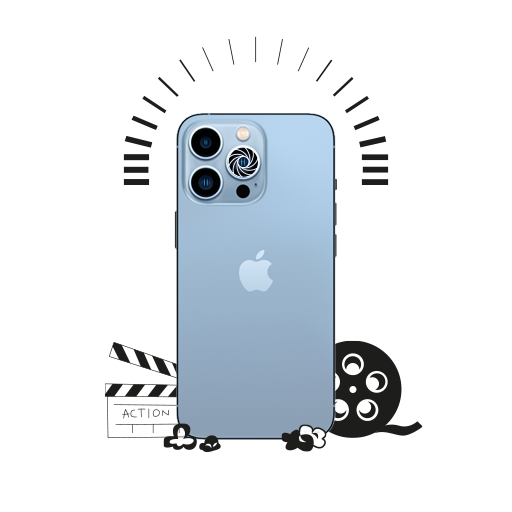 Are You Ready to Click with Cool Upgrades to the iPhone 13 Camera?

The iPhone 13 lineup might not have been the huge hit we were all expecting. Some people feel that Apple has just packaged the iPhone 12 with a couple of new features. However, a few noteworthy upgrades, especially with the iPhone 13 camera, have got us all pumped up. The new iPhone 13 models have intrigued photographers with its super wide angle lens, Photographic Styles, Cinematic Mode, and more. Let’s see in detail what the new iPhone 13 camera has in store.

While iPhone 13 and 13 mini got minor camera upgrades, the Pro and Pro Max received a relatively nice bump.

Still featuring a triple rear camera setup, the two iPhone models include 12MP wide and ultra-wide lenses. In addition to the two features, iPhone 13 Pro has a 12MP telephoto lens, too, similar to iPhone 12 Pro Max version. However, iPhone 13 Pro sports the largest image sensor yet and has an f/1.8 ultra-wide aperture, wider than that of the iPhone 12 Pro. According to Apple, this wide camera lens can capture up to 92% more light, hinting at a major improvement in the camera quality.

The ultra-wide also has a macro function (not exclusive to photos), which allows you to capture shots of objects as close as 2 centimetres from the phone. The telephoto zoom for iPhone 13 Pro, too, has been further increased from 2.5x to 3x. So all those photographers not wanting to miss anything in the entire frame, here you go!

iPhone 13 gives you four photographic styles (excluding standard mode) to choose from: Vibrant, Rich Contrast, Warm, and Cool. Photographic Styles use deep learning to make the right adjustments to different parts of the photo while preserving natural elements like skin tone. Simply speaking, photographic styles are filters that your iPhone applies before your photos are taken! This prevents the drop in photo quality people usually experience after applying regular filters. While this feature is fairly exciting for photographers, regular users will undoubtedly like by what Photographic Styles offer.

Night modes have turned out A LOT better than the previous standard version. And when comparing night modes of iPhone 13 and iPhone 12 Pro, the 13 was still the clear winner. It has a longer exposure, giving more time for contrast, and less time for processing the photos. So when those lights drop, your iPhone 13 camera is really going to come in handy!

In its fourth iteration, the iPhone’s Smart HDR is as useful as always. It can recognize up to four people in a photo and consequently optimizes the contrast, lighting, and skin tones for each. In addition, Deep Fusion activates in mid to low-light scenes to bring out the best texture and details in your captures.

If you thought photography was going to improve, wait till you hear of the video upgrades. Sensors have gotten 47% bigger, which means there’s going to be a lot more light for your footage.

When you’re doing photography, some features help you out even if you don’t have a lot of light – deep fusion and night mode. However, this can’t be done with video as it’s more reliant on what the sensor is actually giving you. So, that larger sensor and faster aperture gives you better results in even relatively low light. Specifying the iPhone 13 specs, the ultra-wide feature in iPhone 13 Pro and Pro Max has made a leap from f/2.4 to f/1.6, meaning there’s enough light to make your takes look good any time of the day.

And now to something that’s been turning heads since the launch – Cinematic Mode! In one of the best features yet, Apple brings a way for the camera to dynamically shift with the person’s face throughout the scene, ensuring that the right parts of the picture are always in focus. Think of this as a professional assistant who knows which parts to focus on in the scene and where the focus should shift next, i.e. Predictive Focusing. Cinematic mode renders the video in Dolby Vision HDR. However, a visible drawback is that it shoots 1080p 30fps videos as compared to the regular 24fps videos that professionals prefer.

Cinematic mode is available for all models in the iPhone 13 lineup.

Apple is also introducing ProRes videos with iPhone 13 Pro, which will allow you to shoot in ProRes at 4K resolution at 30fps. For those who are still processing the awesome video upgrades, ProRes is a video codec that Apple developed. It compresses your video files but retains the colour, contrast, or any other image data. So, folks who are really excited about editing their iPhone 13 Pro videos, your excitement is justified! Unfortunately, we still have to wait a bit. This feature will be coming in a later update.

iPhone 13 isn’t the same upgrade to iPhone 12 as the latter was to iPhone 11. However, it still packs a punch in the Pro versions. With the enhancements in the ultra-wide camera and new features like Photographic Styles and Cinematic Mode, the iPhone 13 lineup is sure to enhance your photography and filmmaking experience. So, withholding the technicalities that are particular to the professionals, we can recommend you an iPhone 13 Pro, especially if your version of the iPhone is 11 or below.