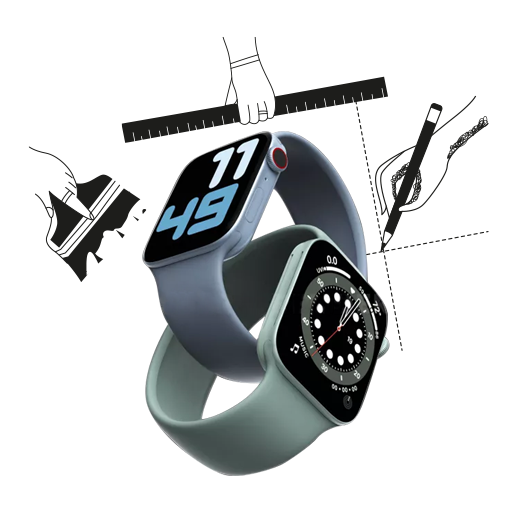 Computer-aided design, aka CAD leaks, confirm major redesign on the upcoming Watch Series 7. The next Apple Watch is expected to launch alongside the iPhone 13 this September. Until now, we’ve hardly come across any rumours about this upcoming Apple product. However, the latest renders that have surfaced shed notable light on changes on the Apple Watch Series 7.

The next Watch series by Apple is expected to carry forward the company’s latest design philosophy. The biggest advantage of Apple’s current form factor that debuted with the iPhone 12 last year is that it helps achieve a bigger screen size due to thinner bezels. Apart from the Watch Series 7, the next MacBook Pro might also offer sharper edges and larger displays.

As per CAD-based renders, Tim Cook’s company might do away with the curved screen in place of a larger and flatter display. With the series 7, Apple might (and should) replace the dated design that had been on Apple Watches since the very beginning.

Apart from the change in design, Apple might improve health measurement sensors as well. A new form factor, improved sensors, and better battery life might give the Apple Watch Series 7 a much-needed boost.