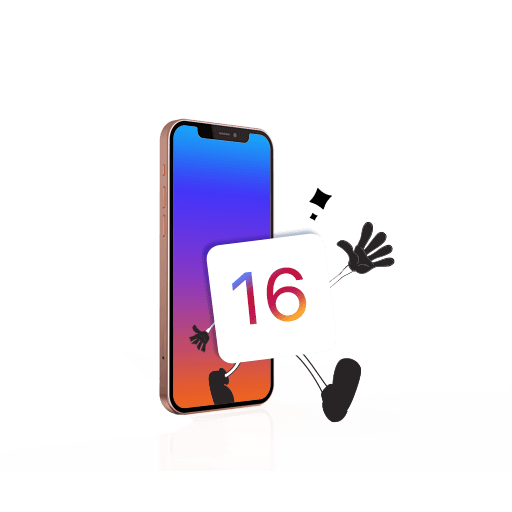 Apple’s annual Worldwide Developers Conference (WWDC) is just next week, and expectations are high — especially for the much-anticipated iOS 16 update. Every year, Apple talks about the software they are working on at the WWDC, including an iOS update, usually alongside macOS, iPadOS, tvOS, and more. But before we start theorising ourselves, let’s take a look at the rumours.

Is Your Device Compatible?

When iOS 15 launched, devices as old as the iPhone 6s, which was released in 2015, were able to upgrade. But word on the streets is that the iOS 16 update will come with a tiny hardware prerequisite. Devices with an A10 chipset or later are said to be the threshold for compatibility. If users with iPhone 6s and the original iPhone SE want the goodies that come with iOS 16, they might have to upgrade to a newer device.

Since Apple does all software production in-house, confirmed leaks are a rarity. Still, that leaves room for a lot of rumours. And what kind of gossip do we care about when it comes to iOS? Features! Let’s peek into the bag and see what might be in the cards for iOS 16.

First on our list is the redesign widgets might be getting. There’s already a way to add multiple widgets to your screen, but you have to click through each one to use them. But iOS 16 might just bring us a solution. Rumours say you could get the ability to take all your widgets, and stick them in a single interactive panel. With this, it’ll be easier to access them, even from the lock screen through wallpapers!

🔴EXCLUSIVE: iOS 16.
Be prepared for interactive widgets! Apple is now working on these “big widgets” internally named InfoShack.
Will tell you more about them soon. pic.twitter.com/GZF9zYjOsw

However, some rumours suggest that Apple dropped the idea and won’t be introducing it in iOS 16. Well, we can only wait and watch, but I certainly hope we’ll get to see it.

iOS 16 might also bring an update to the notifications. The titbit isn’t very detail specific, so all we know is that the OS update will bring significant improvements to notifications.

Another thing rumoured to get an overhaul is the Health app. Enhancing the tracker and medicine management system seems to be the major update. Apple might also include new women’s health features.

This was something Apple was originally planning for iPhone 13, but better late than never, right? The always-on display will let you read bite-sized information without having to turn on your display, much like the newer Apple Watches.

The update is also rumoured to bring an upgrade to the message app, making it more like a social networking app, especially when it comes to audio messages.

Not only will iOS 16 update existing features, but it will also introduce new ones, like a crash detection feature and an emergency satellite feature. These new additions to the roster help make your devices a little more important in emergencies. With iOS 16, your iPhone will be able to call out for help if it detects that you are in an accident. And the Satellite feature lets you contact someone in no cell coverage areas using a satellite.

Some other new features we’ll see in the iOS 16 release would be door detection and live captions. The door detection feature tells you the location of a door upon your arrival at your destination. Not only that, the detector will also provide information like if the door is closed or what the writing on the door says.

Along with the door detection feature, the live captions feature is also an accessibility enhancement addition. It will help you understand any audio better by providing accurate subtitles. It will also assign the text to the right speaker during calls, FaceTime or otherwise.

There are many more features rumoured in the upcoming update like sound recognition, Apple Books and voice-controlled spelling mode. We will have to wait until June 6 (just a few days to go!) to see which of these turn out to be true.

Now that that’s out of the way, here’s what we personally want to see from the update.

For one, redesigned icons have to be there. Don’t get us wrong; we like how it is right now. But who doesn’t like a change once in a while? Another thing we really want is background updates. It isn’t very pleasant to set aside your phone to let it update its software for a long time. Updating software in the background makes the process a lot more convenient.

There are rumours of Apple bringing Mac-like multitasking features to iPadOS — and while that’s been something we’ve been asking for a long, long while, we also wish Apple would bring multitasking to the iPhone as well. Come on, that’s such a small ask!

Anyway, if we look at previous updates, a public beta should be available by the last week of June or the beginning of July, with the final version of the iOS 16 update hitting the shelves in the fall. After reading all everything we might be getting on Monday night, are you hyped for the new update? Tell us in the comments, and don’t forget to join us while we live report the keynote at 10:30 PM on our Instagram and Twitter!