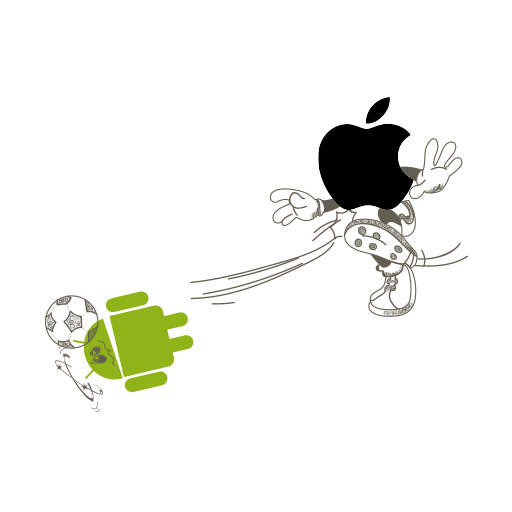 Now That Apple’s Showed Its Hand, Who’s Better in 2021: iPhone or Android?

The iPhone vs Android battle has intensified in 2021, after the launch of the iPhone 13. Sure, I’m not too excited about the iPhone 13, but that’s probably because I’m already using the iPhone 12. In other words, for Apple users who are still with their XS, XR, or 11 devices, the 2021 iPhone still has great features to make the upgrade. Also, if you’ve been a non-Pro user and want to taste the brilliant camera quality of the latest iPhone, the 13 Pro and Pro Max devices promise to offer a lot more.

Nevertheless, apart from the iPhone 13, the year 2021 has been noteworthy for Android users. There has been a series of launches from various brands, and many of them have pretty innovative designs, unlike the iPhone that has carried over the same look from its predecessor. Here’s a look at some of the main competitors in the iPhone vs. Android 2021 battle.

As far as design and innovation are concerned, I think Samsung is revolutionizing the smartphone industry. Case in point: the Samsung Galaxy Fold 3. This year, Apple’s biggest competitor launched the third generation of its Fold device, and in terms of pricing, the new foldable smartphone is similar to the iPhone 13 Pro Max devices. I must commend Samsung for introducing a device that can couple up as both a smartphone and a tablet.

Now, wouldn’t we want Apple to introduce a device that’s an iPhone and an iPad simultaneously? Don’t get me dreaming; Apple’s only just figuring out how to make an iPad that’s also a MacBook. Anyway, Apple’s foldable iPhone is a distant dream. For Android lovers, here’s your chance of claiming the throne for having the most innovative smartphone in a long time. Bonus points to Samsung for integrating an in-display camera inside its foldable screen — though, of course, no one can compete with Apple when it comes to phone cameras.

We haven’t put both the devices together for a proper comparison, but reviews seem to agree that Apple’s camera quality still reigns superior. The iPhone 13’s cinematic mode for video recording, centre stage, and the many new camera features are undoubtedly something that would get photographers excited. And there is another thing that the Fold 3 cannot offer: a massive 1TB of internal storage.

The Flip 3 is another foldable device from Samsung that rivals the iPhone 13 and 13 Pro. Unlike its sibling, the Fold, the Flip doesn’t convert into a tablet but rather into a proper smartphone. It has good cameras and 5G processors but once the device is folded, the tiny screen is nothing but useless. The Flip certainly has a lot of nostalgia value, since we’ve all enjoyed flipping phones in the past.

However, carrying around a compact device has its own share of advantages. Though Samsung says their recent foldable devices are more durable than their predecessors, I am sure a single hard-fall might prove to be fatal in many cases. In comparison, Apple offers a brilliant ceramic shield and IP68 rating for dust and water resistance. The iPhone 13 and 13 Pro are fabulous devices in terms of camera quality, battery life, and build quality, if unoriginal.

Unlike us, who rejoiced after Apple announced the ProMotion display with 120Hz in its 13 Pro models, Android users were like, Tumhe yeh abhi mila? The OnePlus 9 5G has been priced extremely competitively, and it comes with a 120Hz refresh rate. The best part? The OnePlus device not only rivals the iPhone 13 and 13 Pro in price, but it can also beat even the iPhone 13 mini.

However, don’t go buying a OnePlus just yet. Even for Android lovers, OnePlus’ UI isn’t what it used to be a couple of years ago. The clean bloatware-free Android experience has been replaced to accommodate the latest operating system with a OnePlus skin. The brand is now pre-installing various apps that cannot be uninstalled.

There’s no doubt that iOS has a fanbase that seldom shifts to another operating system. The main reason? iOS has a cleaner user interface along with no bloatware. Plus, the new iOS 15 provides better privacy in comparison to Android devices. Furthermore, all eligible iPhones receive the last software update simultaneously worldwide; something that Android users cannot experience.

To sum up the iPhone vs. Android 2021 battle: Though the latest Androids offer better innovative design, Apple is leaps ahead in terms of processors, camera features, and the brilliant iOS operating system. However, we would love it if Apple innovated in terms of design as well. The same old is getting kind of boring. That’s why the next iPhone 14, with its possible punch-hole camera and no notch, has got us so excited. Hence, no matter how many innovations Androids make, we will stick to an iPhone for now.