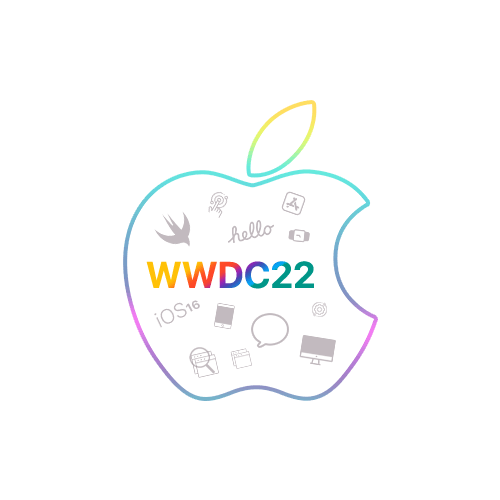 WWDC 2022 Week Is Over: Here Are All the Treats We Tasted

The second week of June just flew by, and with it ended Apple’s annual Worldwide Developers’ Conference (WWDC) 2022. For those who aren’t familiar with WWDC, or didn’t see our extensive coverage of it on our socials, it’s a week-long annual event Apple holds for developers — kicked off by a keynote introducing the yearly software upgrades and (sometimes) hardware too. If you missed the 2022 WWDC event, we’ve got it all here in a nice little summary for you. Check it out!

To start with, iOS 16 FINALLY brings something we’ve been asking for years — lockscreen personalisation. Besides enabling Apple Watch-reminiscent lockscreen switching by long pressing on your iPhone lockscreen, Apple’s shifting notifications to the bottom of the screen, introducing support for adding widgets and “Live Activities” to your lockscreen, and allowing for different lockscreens based on different Focus modes.

iOS 16 is also (at long last, after years of user requests and complaints) bringing the option to edit and unsend texts in iMessage. Other feature updates include new Safety and Parental Control options, shared Photos libraries, Live Text in videos, and more. Check out this article for a low-down on all the new features announced. (And keep an eye on our YouTube channel for more 👀)

Continuity Gets an Upgrade – macOS Ventura

If you know me, you know that I love the Continuity Apple’s ecosystem offers — despite all its faults. macOS Ventura is bringing quite the upgrade to continuity, introducing a Continuity Camera that lets you use the iPhone cameras we love as our Mac webcam. What’s more, you can even show a “desk view” of your workspace when you need to without having to reposition your iPhone at all, thanks to its ultra-wide lens!

macOS is also getting a pretty cool window multitasking manager — named the Stage Manager — which will help users like me with a bajillion windows open bring some semblance of organisation into their daily life. We’re also getting a cool new collaboration app called Freeform, a gaming update in the form of a new Resident Evil game, and many iOS and iPadOS features. Check out our macOS Ventura article for a summary of the features announced during WWDC 2022.

Great Until You Get to the Fine Print – iPadOS 16

Despite getting its own operating system a few years back, the iPad operating system still seems unable to let go of those fond old days and continues to stay in the shadows of its iPhone counterpart. Still, they’re making an effort, I suppose. In the latest upgrade, iPadOS 16 will be bringing a revolutionary … wait for it … Weather app.

No, I’m not kidding, it really took Apple this long to bring a weather updates app to the iPad. Now we wait for them to get around to a calculator app, eh?

And if that wasn’t enough, Apple decided to rub more salt to iPad users’ wounds by finally announcing a proper multitasking window manager (the same as macOS) — but limiting it to M1 iPads. How wonderful! I’ll just throw my A12Z iPad Pro out of the window, huh, Apple?

Taking Health and Fitness to the Next Level – watchOS 9

The Apple Watch is one product users don’t know they need until they’ve actually got it — and I generally think of the updates the same way. It’s also one of the Apple products that I think the company really has a clear vision for.

This update only solidified my opinion, as it brought some cool Fitness updates for the Workout app, introducing more ways for users to track their activity and progress with their Apple Watch. It also brought a nice update with AFib History tracking, which will undoubtedly be a further step forward in helping users detect heart issues.

It’s not a major update, but it still shaped up nicely in my opinion. I also like the medicine tracking and reminder option they introduced in watchOS 9. Check out our coverage of the watchOS 9 features to read more.

The M2 MacBooks Have Arrived

Apple doesn’t always announce hardware during WWDC, but the 2022 event also saw announcements for the M2 MacBook Air and Pro. As you can imagine, most of that announcement went into hyping up performance numbers. To summarise: It’s powerful!

One thing of note is that, like the Macs announced last fall, the MacBook Air is also getting MagSafe and a notch. The M2 MacBook Pro, on the other hand, is just an M2 update of the same old M1 Mac, right down to the Touch Bar and no-notch design.

So that was all we saw during last week’s WWDC. And no, I didn’t skip tvOS — they hardly even mentioned it throughout WWDC. Still, a small tvOS 16 update is coming introducing a framework for iOS and tvOS apps that can interact with each other over a local network, rich video previews, Matter protocol support, and more.

What was your favourite WWDC 2022 announcement out of all the ones covered in this summary? Tell us in the comments!